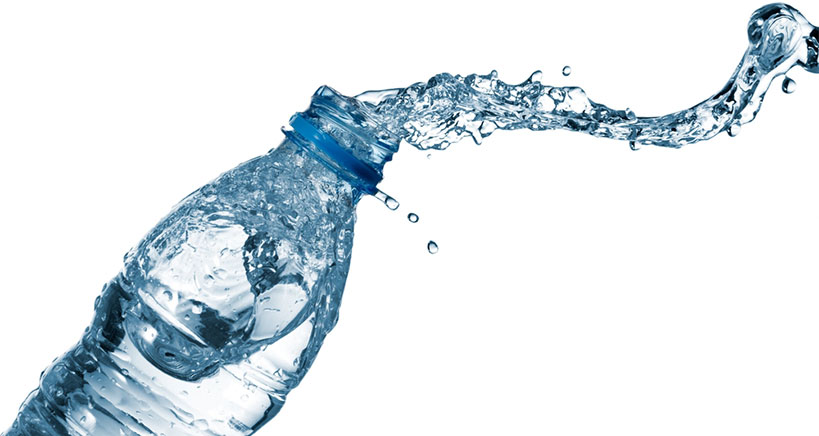 If you thought you were up to speed with what’s new in the water beverage industry – think again! The oldest and most natural drink in the world has been given a modern-day facelift – and not just a makeover. In recent years, water has been experiencing a seemingly endless stream of modifications, additions, enhancements, and embellishments.

Competition in the water industry is on the rise. On one end of the spectrum, food-and-beverage moguls are busy trying to one-up each other in the realm of innovation, while smaller, local foodservice operators are stocking their refrigerators and updating their menus with a plethora of diverse water offerings.

No matter what type of restaurant, catering service, bakery, coffee shop, pizzeria, ice cream parlor, food truck, bar, fast-food joint, or other eatery you operate, staying competitive in the biz means keeping abreast of what H2O varieties your customers are craving and what ingredients and flavors your chefs can add to take your offerings to a new level.

A Waterfall of Varieties

Attributed in large part to the health-and-wellness movement and consumers’ shunning of artificial, synthetic, and sugar-laden products, the functional beverage sector (i.e. drinks that offer benefits beyond quenching your thirst) has experienced unprecedented growth and expansion. Walk down any supermarket drink aisle or scan a 2019 beverage menu and the choices are continually expanding. From bottled to canned, flavored, sparkling, collagen-infused, vitamin-infused, mineral-infused, protein-infused, alkaline-infused, carbonated, sweetened, and even chemically altered to increase the oxygen or hydrogen content, it is clear that the recent title wave of activity is more than just a trickling fad.

For a clearer picture of the state of the water industry, let’s gulp in some recent stats: 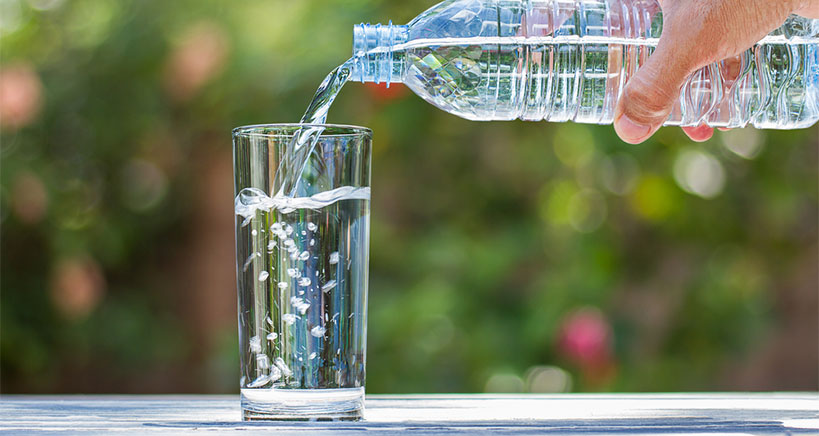 If you’re wondering where and when bottled water first appeared, here is the scoop. The earliest bottled water company debuted in the US in the mid-19th century, however, the demand for bottled water began in the 17th and 18th centuries, by spa-going and water-therapy-seeking Europeans and Americans. During the 19th and early 20th centuries, visits to spas and natural springs were vogue among wealthy elites, and as anecdotal history tells us, it was in 1844 that a dying innkeeper from Maine discovered the therapeutic properties of water from his local spring. It wasn’t long before the inn turned into a spa resort and the Ricker family began marketing and selling the natural product under the brand Poland Spring. In 1905, following on the heels of Ricker’s success, the Ozarka Spring Water Company was founded in Eureka Springs, Arkansas.

In France, following a similar trajectory, mineral spring waters first gained popularity in the early 20th century by patients who used them as a health-and-wellness cure, paving the way for the birth of brands such as Evian, Vittel and Perrier. But it wasn’t until the mid-1900s that bottled mineral waters became available in pharmacies, followed by their emergence on grocery store shelves. 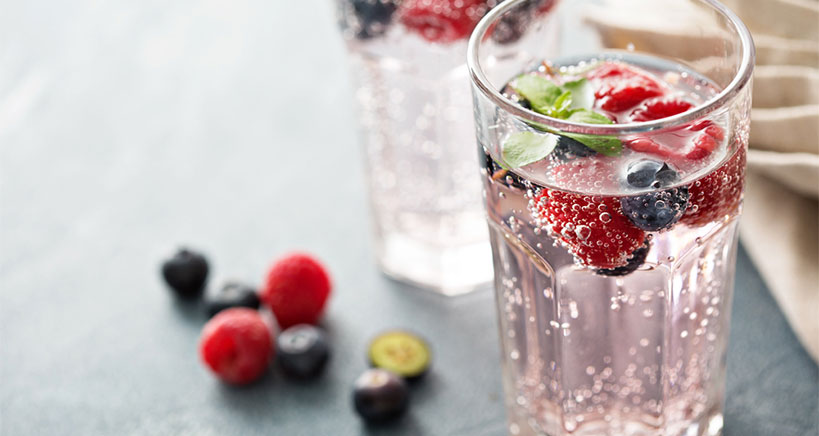 Today, there are literally hundreds of companies and thousands of bottled water brand names with worldwide consumption numbering in the billions of dollars. The Ozarka and Poland Spring brands, considered to be industry frontrunners, are currently owned by Nestlé, which is also home to over 75 additional US water varieties.

If you’re curious about the future of the water beverage industry and are looking for ideas on how to enhance your own customers’ hydration experience, look no further than the far-out, technologically futuristic innovations introduced by Pepsi. First on the menu is its new ownership of SodaStream, a water dispenser that lets customers custom create their own zero-calorie drinks via a touch screen that allows them to select their beverage’s flavor, temperature, and carbonation level. Customers can also download a smartphone app that monitors their water intake, reminds them to stay hydrated, and saves their favorite beverages directly to their account.

Next on the list is Pepsi’s recyclable, reusable, and environmentally friendly on-the-go beverage vessels which are made with 65% less plastic. Last, but not least, its touch screen soda fountain called Spire places up to 1,000 drink combinations at customers’ fingertips which allows them to simultaneously mix in up to three flavor shots.

As a small foodservice operator or caterer, you may not be able to replicate what the big guns are doing, but there is plenty of room for innovative, sustainable, and ‘smart’ solutions that can boost your biz by making purchasing and drinking H2O at your establishment exciting, fun, and appealing.

The Rise of Alkaline Water

In the sea of drinking water innovation, some experts cite 2019 as the year that alkaline water becomes the next breakout beverage and goes mainstream. Receiving a market boost by the Coca-Cola company’s US launch of an alkaline water, the soft-drink success story refers to water with a higher than average pH range – that is, the measure of a liquid’s acid or base level on a scale of 0-14. Boasting an 8-10 pH level versus ordinary tap water’s middle-of-the-road pH of 7, the effect is achieved by the addition of minerals such as calcium or potassium which some experts claim improves hydration and reduces acid reflux. Celebrity endorsements have further pushed alkaline water up the popularity charts, while sports teams like basketball’s Philadelphia 76ers are also big fans, stocking their practice facility with alkaline water from Essentia – the brand which is said to have helped put the product on the map back in 1998. 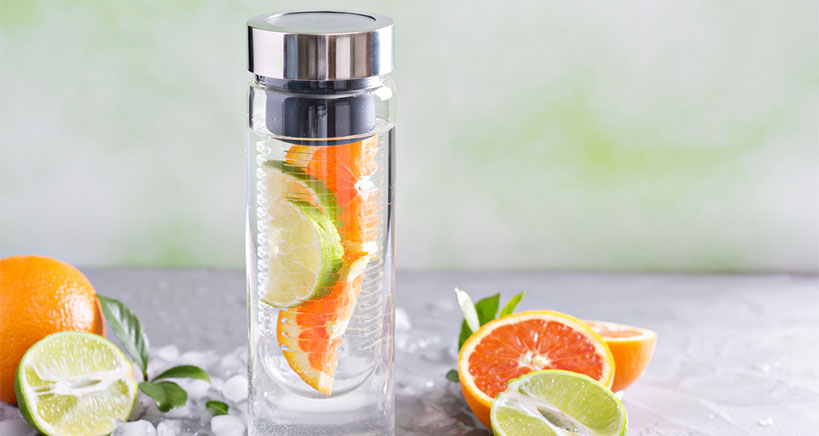 The niche market continues to evolve along numeric lines, with multiple companies competing to offer the highest pH-level water products. They are also innovating with standout beverages such as: QURE Energy caffeinated alkaline water by Brand Beverages, which comes in wild berry, peach mango, citrus lemon, and clean energy flavors; a CBD-infused version of alkaline water; and TEN spring water, which boasts the highest pH of 10 among bottled waters.

Spiked still water, aka ‘hard seltzer,’ does not require bubbles to delight consumers. Made with only pure ingredients and no artificial additives, the non-carbonated beverages, care of the Pura Still company, are comprised of: purified still water, cane sugar, a malt alcohol base (4.5% alcohol by volume), coconut water powder, citric acid, natural flavors, and sodium benzoate.
Moreover, the spiked H2O does not actually contain any liquor or spirits! Rather, the alcohol base derives from fermenting malted barley extract and natural sugars and then filtering using advanced filtration technology. The result, said to be of clear high-quality, is preferred in taste tests by consumers over premium vodkas.

So, there you have it! As the industrial water wars continue, your foodservice has a golden opportunity to take advantage of the competitive milieu by upping your water game, enhancing your water menu, and giving your customers plenty of reason to eat, drink, and be merry.