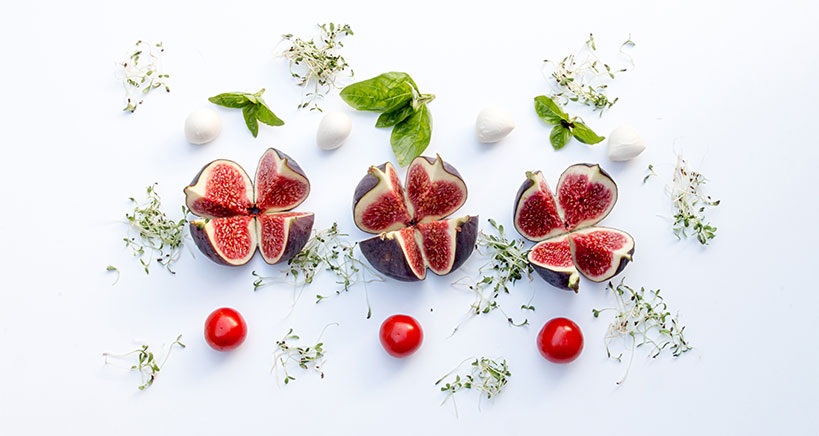 Fig season is here and will continue through mid-November. If you work in foodservice and have not yet discovered the amazing flavors, textures, and array of colorful figs, it’s time to clear your plates and make room for a large serving of all thing’s fig-tastic. In this comprehensive guide, you’ll learn about the history of figs, fig fun facts, fig nutrients, fig varieties, how to cook and bake with figs and dried figs and enjoy some recommended recipes.

Figs in the Food Industry

Did you know that the edible fig is thought to be the first plant ever cultivated by humans? Eaten fresh, dried, cooked, or added to baking recipes, figs are naturally sweet, a rich source of fiber, and contain trace amounts of vitamins and minerals such as calcium, potassium, magnesium, and manganese. Dried figs are especially packed with dietary fiber and provide 26% of the recommended daily value of manganese.

While previously the fruit has been overlooked by chefs, fig flavors and dishes are growing in popularity and are increasingly appearing on restaurant menus. Recently, they made headline news when the Swiss company Firmenich named fig the 2018 “Flavor of the Year,” while Internet searches for fig wedding cakes have seen a 500% increase in recent seasons.

Describing some of figs’ culinary assets is Chris Millington, President of Firmenich, Flavors: “With its numerous health benefits and sweet and satisfying flavor profile, fig offers endless opportunities to inspire our customers and delight their consumers across a wide range of food categories.”

Matthew Walter, Head of Culinary at Firmenich, adds that the fig is naturally sweet yet very complex: “Figs are lusciously sugary with a texture that combines the chewiness of their flesh, the smoothness of their skin, and the crunchiness of their seeds. Raw figs are tart but make a tasty addition to spicy curries. One of my favorite dishes is anjeer murg (chicken and figs).”

The Fascinating History of Figs

Before we continue our ‘dish’ on all things fig, let’s turn back the pages of time and learn about fig’s fascinating history.

Native to the Middle East, the first evidence of figs was found in the village of Gilgal in Israel’s Jordan Valley dating back to circa 9200 BCE – almost a full 1,000 years before the next crops (i.e. wheat, rye, barley, legumes) are said to have been domesticated. Possibly the first instance of intentional agriculture, figs have continued to appear around the world from ancient to modern times. 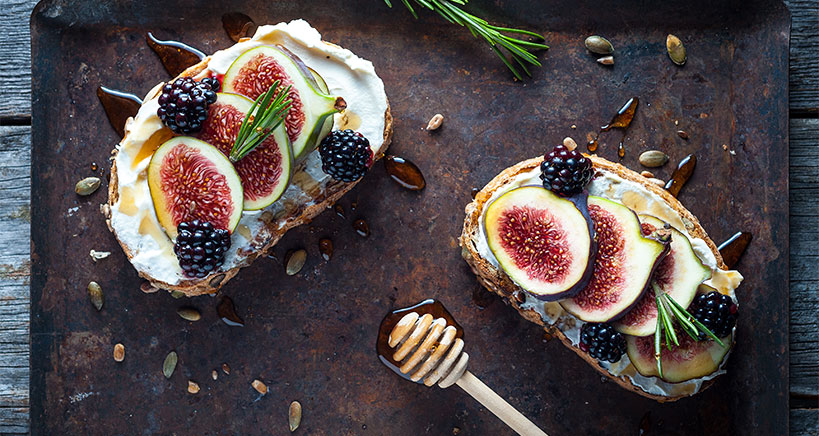 Mentioned in the writings of both Aristotle and Theophrastus, figs were prominent in ancient Greece and a common source of food in ancient Rome, where historian Cato the Elder’s seminal agricultural handbook lists several strains of figs grown during his time. It is also alleged that Augustus, Rome’s first emperor, was poisoned by his wife Livia with figs from their garden.
In ancient Greece, figs were a staple food of the Spartans and Greek athletes were fed figs almost exclusively, as they were believed to increase strength and swiftness. Moreover, the earliest Olympic athlete winners were presented with figs as a symbol of glory and success, making them the first Olympic ‘medals.’

In both ancient Greek and Roman civilizations, the fig tree was considered sacred and was a symbol of fertility.

Figs went on to be cultivated globally (in India, Portugal, Afghanistan, and more) debuting in Northern Europe and the Western Hemisphere in the 15th-16th centuries, when fig trees were introduced to Lambeth Palace, home of the Archbishop of Canterbury, in London.

More relevant to modern times, it was in 1769 that the first figs were brought to California by Spanish missionaries, where they are still cultivated today. In fact, due to California’s latitude and Mediterranean-like climate, it has become the leading provider and fig-producing state in the U.S.

When you update your restaurant’s fig menu offerings, share the following fun facts with your soon-to-be fig-loving customers and you’ll have them eating out of your hands!

So, what is it about figs that has them capturing the spotlight today when they have been around for millennium? One possible explanation for why consumers are literally ‘eating them up’ is the perception of figs as representing health and authenticity – two factors that matter to today’s diners. In addition, as consumers seek to replace processed sugar with natural sweeteners, figs easily fit the bill.

Highly versatile, the use of figs in the culinary world is no longer relegated to jams or fig bars. Easily paired with both sweet and savory dishes, today’s manufacturers and chefs are incorporating the fig flavor into foods and drinks as varied as yogurt, tea, energy drinks, chewing gum, and even pizza. And according to the California Fresh Fig Growers Association, this year’s crop is plump, plentiful, colorful, and delicious.

Use of Fig Concentrate in Cooking

Fresh figs go bad easily, so be sure to use them right away or shortly after purchasing. Figs keep best and taste best at room temperature, but if they smell sour, they have already become over-ripe. You can refrigerate them for a short while longer but chilling them detracts from their full flavor.

Alternatively, your chefs may want to invest in fig concentrate, which is an all-natural product comprised of a concentrated water extract of figs. It can be added to sauces, cereals, fillings, fruit breads, and other baked goods or used as a flavor enhancer and anti-staling agent. Fig juice is made from fig concentrate.

To help stir your chef’s creative dishes, enjoy the following array of fig menu ideas and recommendations – for breakfast, lunch, dinner, dessert, or a tasty snack!

Pair fresh figs with spices such as cinnamon, nutmeg, cloves, star anise, and cardamom. It goes surprisingly well with all cheeses, especially blue cheese as well as with assorted nuts. Versatile and interesting, it can be paired with rich dairy products such as mascarpone and fresh cream as well as used with lemon and orange citrus flavors. Figs can also be added to spirits such as rum, brandy, sherry, and port; and for cooking, it can be added to balsamic and sherry vinegar to add a sweet flavor to savory dishes.

Here are some novel ways to use fig. Try your hand at dishes such as: 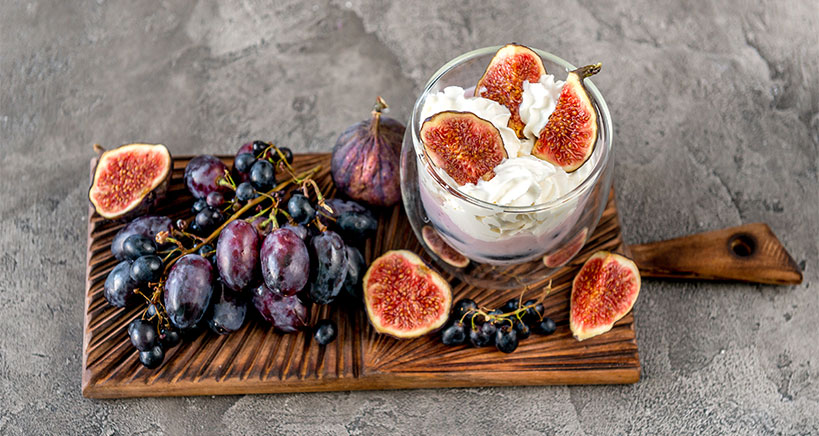