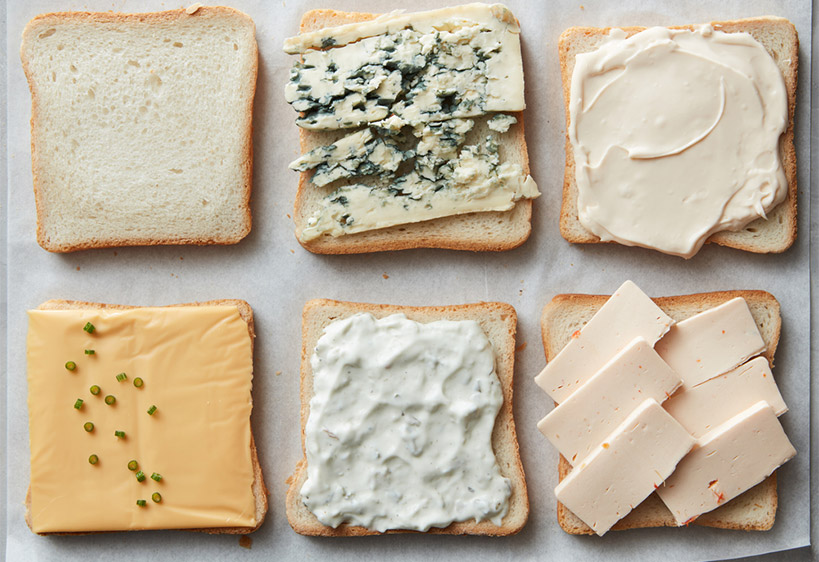 Although when you think of cheese, you may think immediately of hard, yellow cheeses with their many uses and great varieties, don’t overlook soft cheeses when you’re looking to infuse your next catered event with a tray-ful of flavor. The difference between the many soft cheeses on the market can be subtle, but to the experience palate they are distinct and significant. Some versions of soft cheese work better in certain settings and for many people they are an acquired taste. In any case, learn about soft cheeses here so you can use them at the next possible opportunity.

A Guide to Soft Cheeses

Many people – including caterers – are not that proficient about using a full range of soft cheeses. Beyond putting out a plate of Brie and crackers on a buffet table, many caterers – even those who consider themselves cheese-savvy – don’t give soft cheeses much thought.

Soft cheese can be made from cow, goat, or sheep’s milk and come from countries and places around the globe. Common types of soft cheese are feta, Brie, ricotta, cream cheese, Camembert, Chevre, Roquefort, and gorgonzola, and – of course – cottage cheese. All these cheeses have a special tangy creaminess that no other food imparts.

Soft cheese is un-ripened cheese made by coagulating casein (milk proteins) with acid. Hard cheeses, on the other hand, are aged (ripened), and made by coagulating milk proteins with rennet and culture acids. The ripening process is aided by bacteria or mold. Cheddar, Swiss, Colby, brick and Parmesan are types of bacteria-ripened hard cheeses. Because aging reduces the moisture level in the cheese, hard cheese is drier (and harder) than soft cheese. And, because, bacteria doesn’t grow as easily in dry conditions as in moist ones, hard cheeses keep longer than soft cheeses.

The differences between hard and soft cheeses may not always be clear cut, especially among semi-hard and semi-soft varieties. Additionally, some cheeses can be made in softer or firmer forms, depending on how long the cheese is aged. Semi-soft varieties include Gouda, Havarti and Jack. Hard cheeses, which are also known as grating cheeses, include Parmesan, and the most well-known semi-hard cheeses is cheddar. 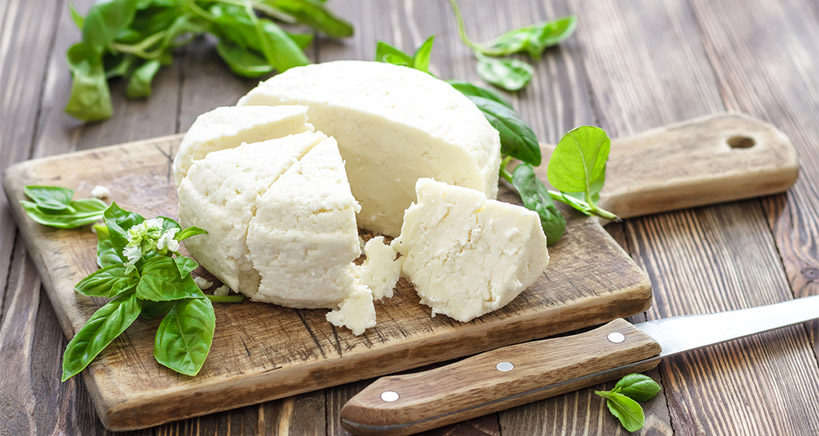 Cottage cheese began life in the England, as an easy, economical way for colonial cooks to use milk left over after they skimmed off the cream. By the 1960s, its presence in recipes and on diet plates made it a star in the United States, and by the mid-1970s, producers across the U.S. were pushing out more than a billion pounds of cottage cheese a year. Back then, yogurt was still considered a weird, sour oddity preferred by Europeans and health nuts. However, by the 1980s, due to changing tastes and habits, cottage cheese fell out of favor, and for the last few decades it makes only a limited appearance in the refrigerator section of supermarkets, while yogurts of all shapes and flavors sprawl across massive terrain of the dairy case.

However, cottage cheese may be ready to stage a comeback. “Every seven years or so another wave comes through where we try to reposition cottage cheese,” said Dave Potter, the president of Dairy Connection in Madison, Wisconsin, which sells custom cultures and enzymes to cheese makers. “That’s about where we are now.”

In an article entitled, “Is America Ready to Love Cottage Cheese Again?” The New York Times claims that the nation’s largest dairy producers are set to target younger people who are “looking for a protein-rich, natural snack they can eat instead of a meal.” The goal is to make it a desirable dairy item once again. Companies like Dean Foods, the nation’s largest dairy company, have given their cottage cheeses a makeover, packing them into smaller containerss and asking retailers to move them away from the sour cream and closer to the yogurt. New lines have interesting mixes of fruit and nuts, and some producers are experimenting with millennial-friendly additions like probiotics and chia seeds.

Soft and creamy, cottage starts with milk proteins that have been turned into curds and separated from the watery whey. The curds are washed to get rid of acid that may remain, so the cheese tastes mild or even slightly sweet. Curd size depends on the cheese maker’s whim. Cottage cheese is made entirely out of skim milk until the end, when a dressing made from cream or milk is mixed with the curd. Fat content, which can be as high as 4 percent, comes from this dressing.

Cowgirl Creamery in Marin County, CA, was founded by Sue Conley and Peggy Smith more than 20 years ago and they are hoping that cottage cheese will return to the spotlight. The key, they say, is very fresh skim milk, and the next step is to add a starter culture that feeds on milk sugars to create lactic acid. Overnight, luscious, tender curds slowly form. In the morning, cheese makers cut them into pieces no bigger than peas. They cook and stir the curds for about an hour and a half to release some of their acidity. Then the whey is drained and the curds are washed. The last step is the dressing, which, as mentioned, determines the fat content of cottage cheese, and is where most of the flavor lies. Conley and Smith hope that their artisan cottage cheese – and the unique flavor it packs – will bring this wholesome cheese back to the forefront of American cuisine.

Other Types of Local Soft Cheese

Farmer’s cheese is basically cottage cheese before the fatty dressing has been added; it is sometimes hung in cheesecloth or pressed to make a crumbly but solid mass. Different countries have their own versions of farmer’s cheese: the American style is salted; Mexican queso fresco is slightly spongy; and the Indian version, called chenna, is like dry cottage cheese. 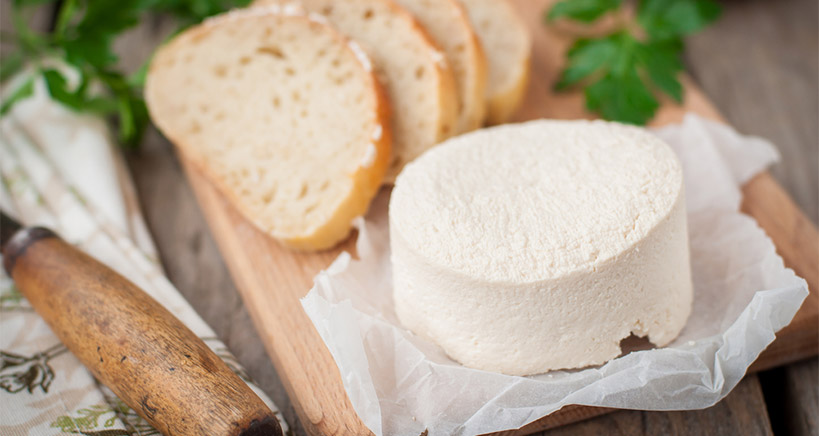 This version of soft cheese is not that common in the United States but is a dietary staple in countries like Israel and Germany. To the uninitiated quark can be described as a smoother, low fat cottage cheese without the curds, a thicker type of yogurt, or creamier type of cream cheese. In Germany, quark is thick and smooth like yogurt, but slightly drier. Israel’s version is creamy and smooth, while in Russia and Poland, quark is sold as soft, pressed cakes of curds that are broken up and mixed with other dairy products for fillings in blintzes or pierogi.

The lighter, fluffier, finer (and, some say, more flavorless) cousin of cottage cheese, ricotta is made from the whey left over from making other cheese, though some milk may be added to increase yield. Ricotta differs from other soft cheeses in that it is coagulated by heat and processed with the addition of acid. It takes its name from the Italian word for recooked.

Cream cheese is usually high in fat (as much as 35%) and spreadable; it gets its tang from lactic acid bacteria. Cream cheese is as American as apple pie. It was created in the late 1800s, when a New York producer of the milk-based, French-style soft cheese called Neufchatel added cream to the process. The cream cheese variant that is popular in France and Italy is called Petit Suisse. Cream cheese is a key ingredient in the most delicious and irresistible cheesecakes, and it can top a bagel like nothing else.

Sometimes called Italian cream cheese, mascarpone is made by adding acid to heavy cream, and can be thought of like whipped cream without the air. It’s smooth, rich, and fatty and just the slightest bit sweet.

Brie is the most well-known, French-style soft cheese and one of the most famous products of France in general. The name comes from the French region of Brie, where it was initially created. Brie is made from cow’s milk; it has a runny and buttery texture, and the flavor can vary based on what’s added to the cheese while making it.

Boursin is made from pasteurized cow’s milk; while it is both cream and crumbly in texture, it is also spreadable. Boursin cheese is delicious as a spread on toasts and crackers because it comes in a range of varieties that are infused with different herbs and spices. It has a consistency that is almost like cheese dip, and it can therefore be served as a dip with fresh vegetables. Boursin is nothing if not versatile: while it is spreadable, it is still firm enough to add to salads and pasta, like feta cheese.

Camembert is another famous soft French cheese. It is made from unpasteurized cow’s milk and has a buttery, creamy, and milky sweet flavor. The texture is soft, but its runny interior is what really makes it stand out in a crowd. At room temperature, it can be sliced, and the delicious runny inside will appear almost like the cheese was melted.

While France may have a corner on the soft-cheese market, feta is a world-famous Greek cheeses loved by people around the world. Traditional feta is created by mixing 30% percent goat’s milk with sheep’s milk, though these days it is easy to find cow’s milk feta, as well. Feta can range from mild, soft and creamy, to intense, dry, full-flavored and very salty. The cheese can be sprinkled or grated on a Greek salad or melted atop pizza or pasta. 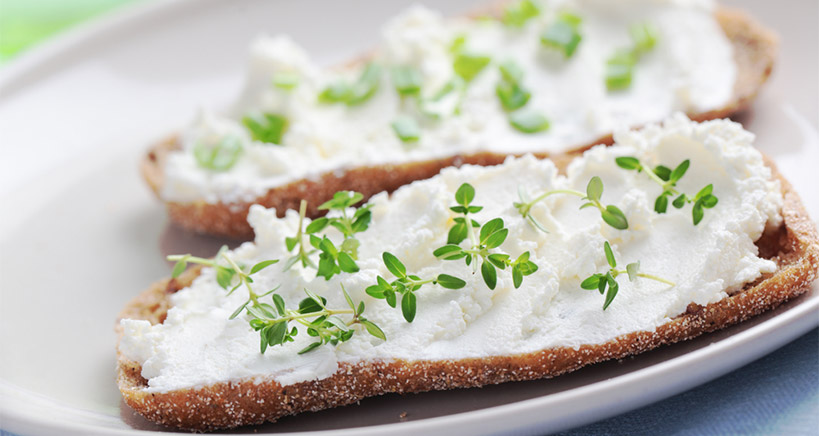 Despite the ambitious attempts of cottage cheese to find its way back into refrigerators across America, yogurt still outsells cottage cheese by roughly eight to one. Although yogurt sales have started to flatten, American shoppers still bought $8.5 billion worth in 2017.

The problem, as cottage cheese producers know, is all about image. Food marketers have imbedded the idea that yogurt wears a health crown, while cottage cheese, long linked to dieting and deprivation, sports a punishment halo. In addition, really good cottage cheese is hard to make and it doesn’t take well to automation. Yogurt’s place on the shelves is not really threatened at the moment.

How to Handle Soft Cheese

A good rule of thumb to remember is that hard cheeses last months and soft cheeses last weeks. But that’s only if they are handled correctly. Never wrap soft cheeses in plastic; instead, keep them in a humid drawer within the fridge, loosely wrapped in wax paper. Cheese tends to absorb flavors and chemicals from plastic wrap.

Although soft cheeses do need to be refrigerated when you’re not eating them, when it comes time for consumption, they’re best at room temperature. Ideally, you want to allow a soft cheese to sit out wrapped on the counter for at least an hour before unwrapping and serving. Cheese is made up mostly of fat, which expands and contracts at room temperature; as the fat molecules grow larger, they allow for a richer, more varied taste.

One of the big attractions of soft cheese is that many types can be eaten even if someone is lactose intolerant. Mozzarella and ricotta, for example, are un-aged and they therefore have low levels of lactose, which in most cases makes them safe to eat. Nonetheless, anyone who is lactose intolerant should still double check before going straight for the cheese platter.

Soft Cheese For Your Next Event

Soft cheeses, such as ricotta, cream cheese, cottage cheese, and mascarpone, are delicious in many recipes and formats. Serve them at your next catered buffet as a dip, as a topping for salad, or as a spread and watch diners rejoice. In addition, use them in your dairy recipes to add flavor and depth that only a multi-dimensional soft cheese can. Your guests will notice the difference – they just won’t be able to put their finger on what it is.