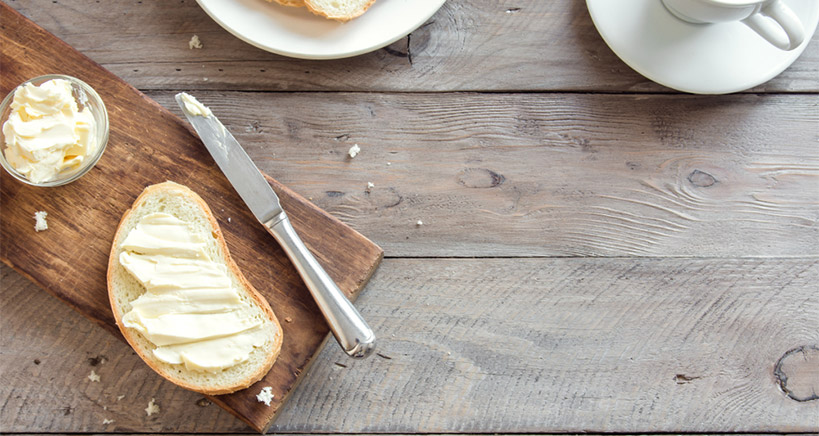 Butter is having a renaissance. As a growing number of consumers try to avoid foods that are perceived as artificial and unhealthy, such as vegetable oil-based margarine, butter is experiencing a revival. The food pendulum is always swinging and what is shunned one year can be embraced the next. So it’s not surprising that butter – natural, fresh from the farm, and simply delicious – is staging a comeback. And, like many foods of late, the fancier the better. Premium innovations from national brands, as well as from regional family-owned creameries and artisan culinary professionals, are helping drive the better-butter business and it seems like the sky is the limit.

Back in 2014, food author/expert Mark Bittman wrote in The New York Times that “Butter is Back,” and the trend that he predicted is continuing. Consumers are buying more butter at the retail level and chefs are cooking more with butter, as well. Recently, McDonald’s announced that it would switch from vegetable oil to real butter to grill eggs and to spread on toast, English muffins, and bagels. Signs in branches now state, “We cook with real dairy.”

Butter is at a 40-year high in per-capita consumption, according to data from the U.S. Department of Agriculture. In 2016, volume sales for butter were more than 735 million pounds, representing a significant increase from the previous year. Volume sales of margarines and spreads, on the other hand, were down 7.1%. In terms of dollar sales, butter was at about $2.8 billion (up 2.7%) during the same period, while margarine showed a decrease of 7.8%, down to $1.4 billion. These stats are even more surprising when you consider that ordinary butter is about two or three times the price of margarine, while premium butters often command more than five times the price per pound of margarine.

“Butter consumption is up 25% in the last 10 years,” said Cindy Sorensen, of the Midwest Dairy Association. “Butter is benefiting from consumers’ desire for fresh, real and natural products.”

These days, everything – from flour to coffee to chocolate – is getting the craft treatment, and butter is joining the movement. In “Fat Is Back and Premium Butter Makers Are Taking the Cream,” the Bloomberg website determines that “consumers aren’t just eating more butter they are willing to pay more for it, a boon that’s giving outsize gains to makers of premium brands.”
Sorenson of the Midwest Dairy Association agrees. “The popularity of premium butters, including European-style butters, is growing due to the rise in foodies and home chefs. Gourmet cooking is very popular and cooking shows are one of the most watched types of TV shows. As cooking skills increase, so does awareness of the importance of high-quality ingredients, such as butter. Chefs are one of the most influential groups of people impacting food trends.”

What this means is that when you search for butter in the stores, you’ll be seeing high-end butters with a variety of looks and flavors. It is no longer unusual to see organic roasted garlic and herb butter, alongside organic cocoa coconut butter, as well as other premium flavors such as black truffle, caramel sea salt, chili lime, honey pecan, lemon pepper, maple syrup, porcini sage, roasted garlic herb, and sea salt and black pepper butter. 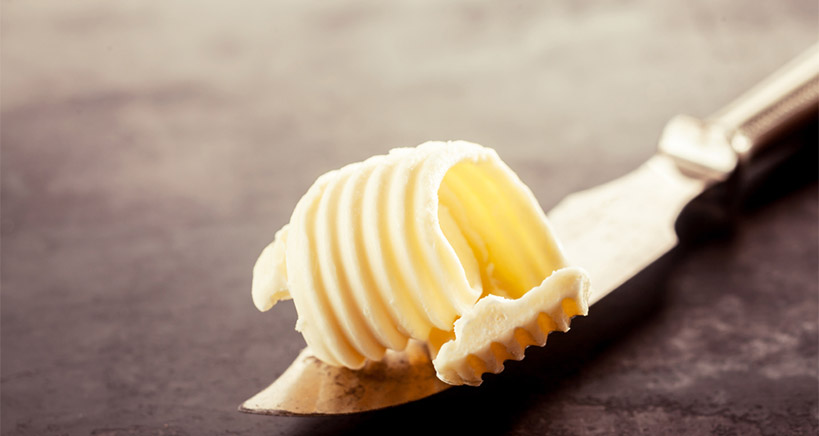 While European-style, super-premium butters comprise only about 1% of the entire market volume, sales are rising quickly, and the category is growing. Premium butters can be sold at ambient temperatures (for up to two weeks) alongside bread in the bakery departments of supermarkets; this is a boost to both sectors, as nothing is more basic than the symbiosis between bread and butter.

Vital Farms, of Austin, Texas, developed Alfresco Butter, a premium, small-batch, slow-churned butter that is made from the milk of small herds of grass-fed Jersey and Guernsey cows. The family-owned company uses old-fashioned churning techniques to produce butter with 85%(!) milkfat. The Vital Farms website says, “How cream is churned really matters in butter-making, and the secret is going small and slow. Artisanship and patience are rewarded with a butter that is beyond compare. The folks who slow churn our pasture-raised grass-fed butter in small batches have been doing it the same way for over 120 years, with five generations of the same family passing father to son, at one of America’s oldest creameries.”

Plenty of other companies, such as Minerva Dairy of Minerva, Ohio; Slate Roof Creamery, of Drexel, PA; and Champignon North America, of Englewood Cliffs, N.J. are offering premium butter; and even Minneapolis-based Land O’Lakes, a long-time leader in the butter sector, has gone upscale with European-style offerings that are made with sweet cream, resulting in butter that is 82% milkfat.

Craft Butter Can Work for You

In the days of the pioneers, and maybe even when some of us were kids 😉 , butter was made by hand in the most elementary of ways. By simply pouring heavy (or “whipping”) cream into a jar, and shaking, shaking, and shaking, the cream would become thick. More shaking, and it would become whipped cream, until suddenly and magically, after some more shaking, the cream would separate. There would be butter, and the semi-opaque milk called buttermilk. Drained and mixed with salt, it would become butter as we know it – creamy, flavorful, and rich.

Fast forward to today and craft butter is becoming a major trend. But it’s no longer about simply shaking cream in mason jars; rather, it’s about infusing butter with flavors to create new and incredible combinations that no one even thought of a few years ago. At your next catered event, you can serve strawberry butter (to spread on pancakes, toast, and muffins); cinnamon vanilla honey butter, to slather on rolls; lemon butter, as a perfect accompaniment to your breakfast or brunch buffet; and garlic herb butter, to use with pasta and garlic toasts that will make your guests swoon with pleasure.

The Handle the Heat website, will help you whip up a batch of Whipped Cinnamon Pumpkin Butter that brings the premium butter trend straight into your kitchen. You don’t have to churn, shake, or make butter from scratch (though you can), but you’ll be giving your guests an original flavor that they’ll never forget. 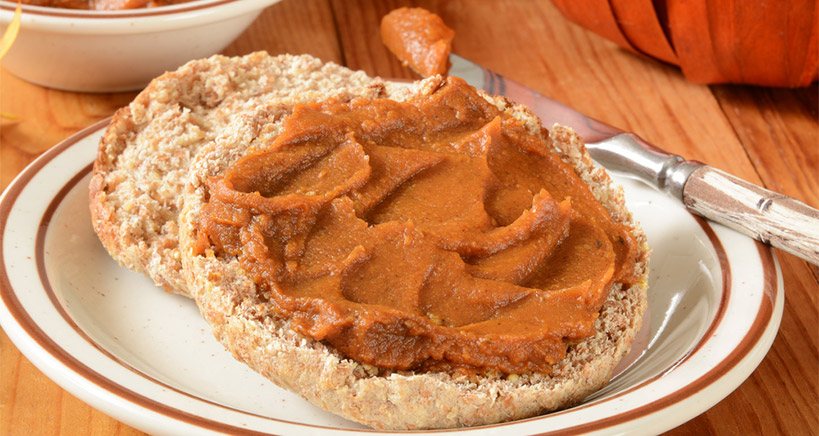 Churning up the Business

As artisanal butter-making catches on, there is also a rise in sales of butter churns, both the old-fashioned hand-cranked type and the new-fangled electric kind. If you want to make your own butter from scratch, investing in a churn is the first step. While classic hand-crank butter churns are beautiful and nostalgic, you may prefer to use an electric butter churn to save time and energy. Lehman’s Dazey Butter Churn is a lovely, modern version of a hand-crank churn, which basically looks like a gallon-sized glass jar with a crank on top; while Milky Day sells an electric version that will cut down on the need for muscle power.

In “How to Make Homemade Butter: Why Churning Your Own Is Worth the Effort,” Bon Appetit presents all the reasons – flavor, authenticity, fun, etc. – to make your own butter. Your guests will notice the difference, in the texture and the taste, even if you don’t add any flavors and choose to serve it up straight and simple. 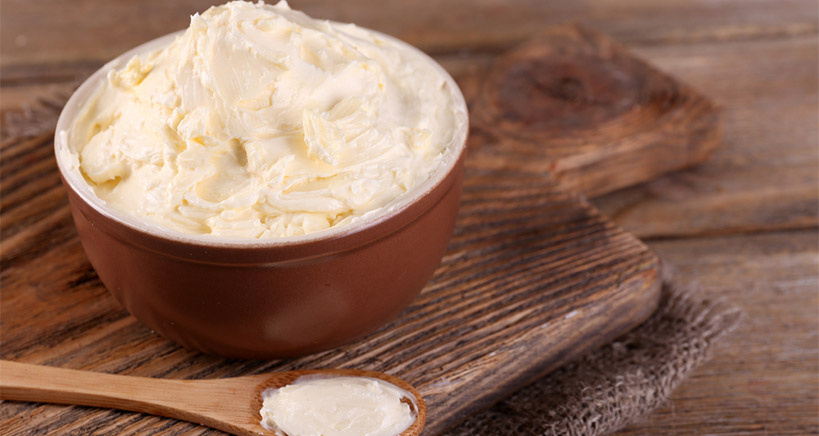 Craft and Premium Butter: Better Butter for All

Long before today’s butter craze, Julia Child loudly touted the dairy product’s wondrous and amazing attributes. She famously said, “With enough butter, anything is good,” and she loved butter even when most people in the United States were afraid of it. Now, times have changed, and we’re beginning to see what she saw: Real butter isn’t such a bad thing after all, particularly if enjoyed in moderation, along with everything else. So now is the time to sing butter’s praises and to appreciate it the way many people appreciate fine wine. Today, butter has never been more beautiful.