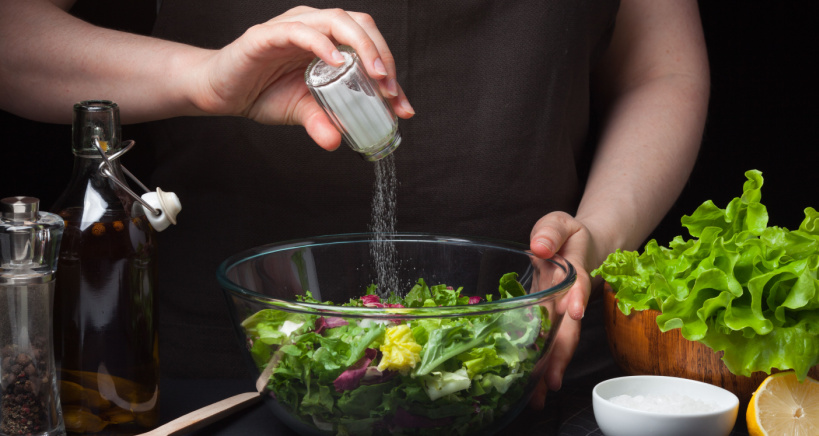 In Roman times, people used the nickname “white gold” to refer to salt. The commodity could not only make food more palatable, but it also kept meat fresh in the days long before refrigeration. In fact, salt was so valuable that some Roman soldiers received “white gold” in lieu of money. Linguists think the word “salary” comes from the Roman word for salt.

Salt continues to be influential in our modern world, with chefs, home cooks, and food manufacturers using more and more of it, for the same reasons that our ancestors did. It makes food taste good, and it keeps it fresh for longer. The average can of soup contains up to 1,800 milligrams of sodium. For reference, the FDA recommends that adults eat no more than 2,300 milligrams in total in a day!

The good news is, though, that when taken in moderation, salt has a number of health and taste benefits. The other good news is that there are ways to reduce the sodium content of food without having to endure bland and tasteless dishes. Here’s what you need to know about making a low-sodium diet work for you.

Salt and Your Health

What we refer to as “table salt” is a mineral made up of sodium and chloride, but it’s the sodium that our bodies and taste buds crave. There’s an evolutionary explanation for that. Not only can salt keep food from going bad, sodium is a crucial electrolyte. Although it performs several important jobs inside the body, its main role is to regulate the amount of water in your cells. In order to facilitate these processes, dieticians recommend that people consume at least 500 to 1,500 mg of sodium per day.

On the other hand, 500 to 1,500 mgs is only the equivalent of 1/4 to 3/4 of a teaspoon of sodium! Most Americans are getting much, much more sodium than their bodies need to function. Just like sodium deficiency comes along with a host of health issues, excessive sodium intake is often accompanied by severe health issues as well.

Because sodium attracts water, a high-sodium diet can cause the bloodstream to become saturated with water. This increases blood volume, and leads to hypertension, or high blood pressure. Over time, hypertension strains the heart muscle and can lead to cardiac issues that are sometimes fatal. High-blood pressure is also linked with a number of other health concerns, including strokes, kidney diseases, and vision issues.

Obviously it is best to avoid this type of scenario, but when a simple can of soup contains more than 75% of the daily sodium limit, and a fast food burger contains nearly half the daily limit of sodium, it’s not easy to steer clear of it. In addition, we’ve become accustomed to salty tasting foods.

So what are some foods to avoid, salt substitutes, and ways to make ordinary low-sodium foods taste better without overdoing it on the salt? 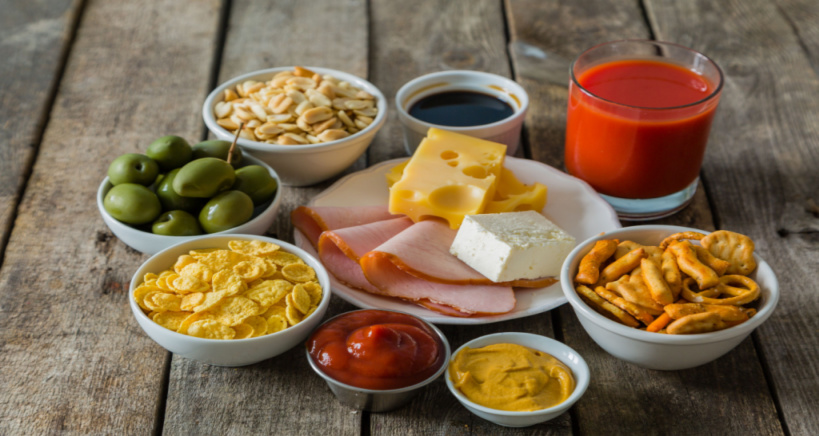 Some common foods contain a significant percentage of the daily sodium allowance. Simply being aware of which foods have hidden sodium can make it easier for home chefs and those in the food industry to swap out these ingredients for similar-tasting ones. It’s important to note that not all foods that have high sodium content taste “salty.” Those looking to cook healthier low-sodium foods should consider swapping out the following items: