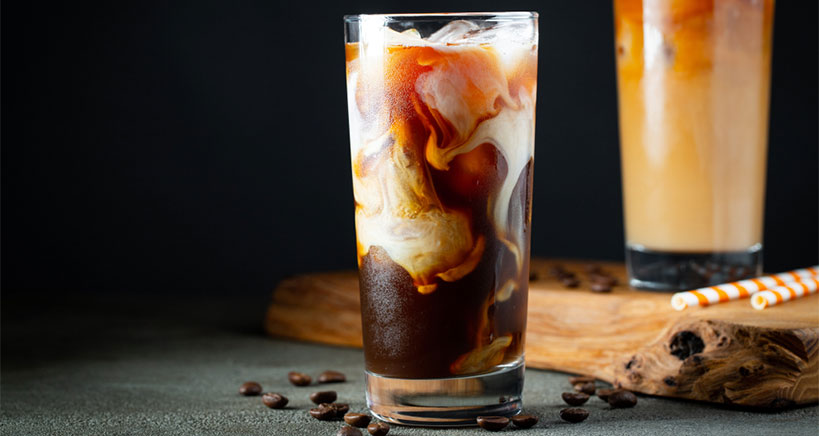 Looking for the best coffee flavors around? Since there are literally hundreds of varieties of coffee from around the world and new blends, new combinations, new flavors, and new twists to the traditional being concocted all the time, there is no definitive answer to which cup of java takes the top spot. However, if you work in the food-and-beverage business, one thing is for certain: No matter what type of eatery you work in be it restaurant, catering service, bar, bakery, pizza shop, food truck, or fast-food venue, a cup of coffee is always on the menu!

So, let’s pull back the lid on what’s been brewing in the world of coffee and get a taste for some of today’s most popular picks, including what the experts and java-lovers claim are the best coffee flavors to sample and savor.

So how much do you really know about coffee? For example, are you and your staff up to speed on the four types of coffee beans and coffee bean roasts? Are you aware that today there are myriads of espresso variations in as many delectable flavors? Do you know how to prepare Turkish coffee and what makes this Middle Eastern beverage such a hit among black coffee lovers?

Continuing down Java Lane, there are also coffee combination drinks (do nitro coffee, bulletproof coffee, and botz ring a bell?), coffee/tea blends (for example, check out black tie made by combining a double shot of espresso with traditional Thai iced tea), and countless ‘spiked coffees’ from around the world – including heavenly Baileys Irish Cream liqueur combined with coffee and topped with a dollop of whipped cream, and the acclaimed Italian espresso-liquor combo known as Caffè Corretto. And if all these aren’t enough to satisfy your customers’ caffeine cravings, not to be left out are a slew of chilling and thrilling iced-coffee varieties, featuring iced lattes, iced mochas, frappés, palazzo, ice shots, and more. 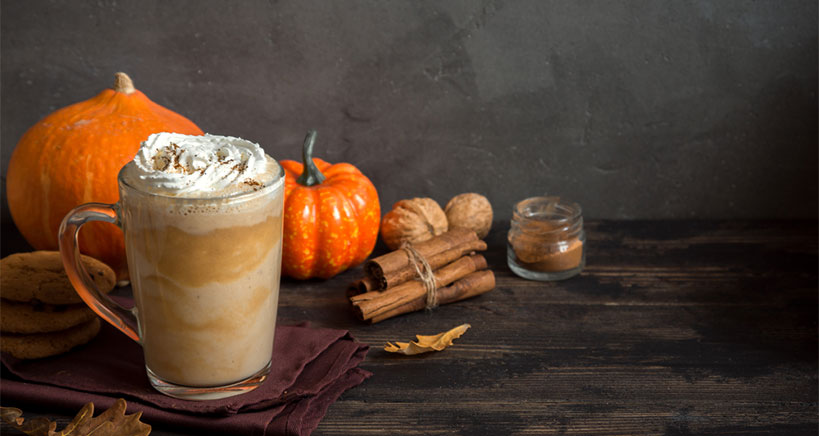 The fact is that in today’s rapidly expanding world of java delights, yesterday’s regular cup of coffee rarely quenches the thirst or satisfies the appetite of consumers who are eager to explore new, adventurous, and exotic flavors and who are willing to pay top dollar for an out-of-this-world coffee experience. To cater to these customers and continue to thrive in the java business, you will have to update your coffee menu by experimenting with an expanding variety of flavored coffees. Some of today’s top picks are infused with ingredients such as vanilla, caramel syrup, chocolate syrup, shots of espresso, sweet condensed milk, cocoa powder, cinnamon, nutmeg, honey, orange rind, mint, lemon, rum, and more.

But the espresso train doesn’t stop here when it comes to new coffee flavors to try. According to the Nation’s Restaurant News, in recent years, standout coffee flavors that baristas have been experimenting with include the sweet tastes of gingerbread, pumpkin, cloves, Oreo cookies, chocolate, peanut butter, hazelnut, coconut, toffee, and butter pecan. In fact, for over 15 years, Starbucks’ Pumpkin Spice Latte was the company’s “top-selling seasonal beverage of all time,” with sales numbering over 350 million drinks. On the flip side, also making their caffeinated debuts are the more pungent tastes of cardamom, turmeric, and even mushrooms.

It appears that the recipe to modern-day success in the coffee industry involves innovation, creativity, imagination, and novelty. But according to some experts, including the menu research firm Datassential, while new flavors are steadily gaining traction, still alive and well – and selling strongly – are the classics, and especially seasonal coffee blends that are longtime favorites. During the month of December, for example, holiday flavors such as eggnog and candy cane rein supreme. In November, overtaking the top spot are rich, aromatic autumn spice combinations and coffee varieties such as cookie butter latte.

Come summertime and cash in on the trending iced coffee lattes, which can be cold brewed or hot brewed and chilled before serving. Some of today’s favorites in this category include Eiskaffee, featuring iced coffee and vanilla ice cream; frappé, a popular pick from Greece where coffee is shaken to a froth, sweetened with milk, sugar, vanilla, and/or flavored-syrups, and served with whipped cream. Also on the iced coffee menu are Freddo Espresso, a foamy drink made with two shots of espresso and sugar, shaken and poured over ice; Freddo Cappuccino, a nearly identical drink with cold milk foam added on top; and palazzo, a Southern California variety combining brewed coffee, two shots of espresso, and sweet cream. And for a delightful Australian coffee dessert, try your chef’s hand at preparing ice shots, made by pouring espresso over ice in a latté glass, then refreezing the diluted coffee to a slushy consistency.

Finally, during the rest of the calendar year, stick to the classics which include vanilla, chocolate, and caramel flavored coffee drinks. 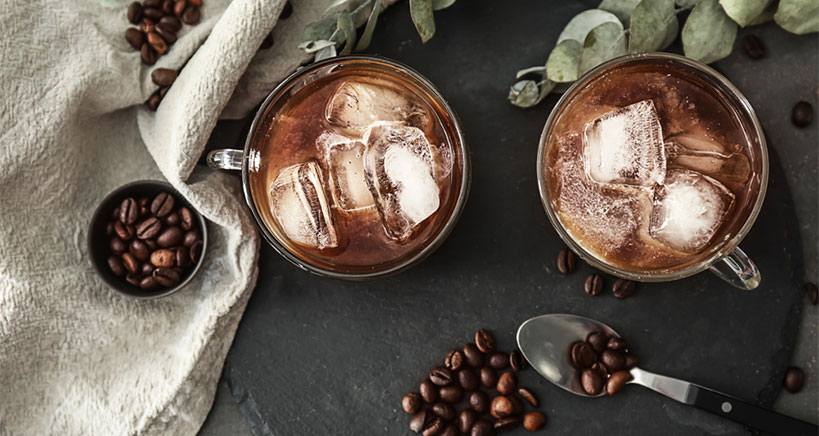 Also high on the best cup of coffee list are ‘nostalgic’ brews that evoke warm memories and that tingle the taste buds of generations of coffee enthusiasts. In the words of Erin Slater, senior market and insights analyst for S&D Coffee & Tea: “Nostalgia … plays a big role in what’s popular. We’re still seeing lots of sweet, dessert-inspired flavors with added textures liked whipped cream or cold foam, syrups and drizzles.”

However, despite the rise to fame of fancy, elegant, quirky, and unusual coffee flavors featuring the likes of cappuccino, frappuccino, Americano, cafe latte, macchiato, and ristretto, we would be remiss if we did not go back to basics to where the real java story begins: With a single coffee bean.

Whether you are a seasoned coffee drinker or just embarking on your java journey, here are some coffee bean basics:

Grown along the equator in hot climates – aka the Coffee Belt – are four main types of coffee beans: Arabica, Robusta, Liberica, and Excelsa.

There are also four types of coffee bean roasts: light, medium, medium-dark, and dark. The length of time a bean is roasted is the key factor determining the intensity of your Joe’s flavor, caffeine level, acidity, and how much body it has. Typically, baristas are famous for their unique coffee blend creations and their expertise in bringing out the flavors of the main coffee-growing regions. For example, coffees from Latin America are known for their chocolate and nutty tones, while coffees from the Africa/Arabia region feature fruity and floral flavors. Earthy herbal coffees stem from the Asia/Pacific region.

A typical coffee blend will combine beans from four to eight countries with the relative percentages of each type influencing the flavor of the blend. Also rising in popularity, however, are single-origin coffees which highlight beans from one specific region in order to give consumers a unique cultural experience right in their very own cups.
Frappaccino, Anyone? 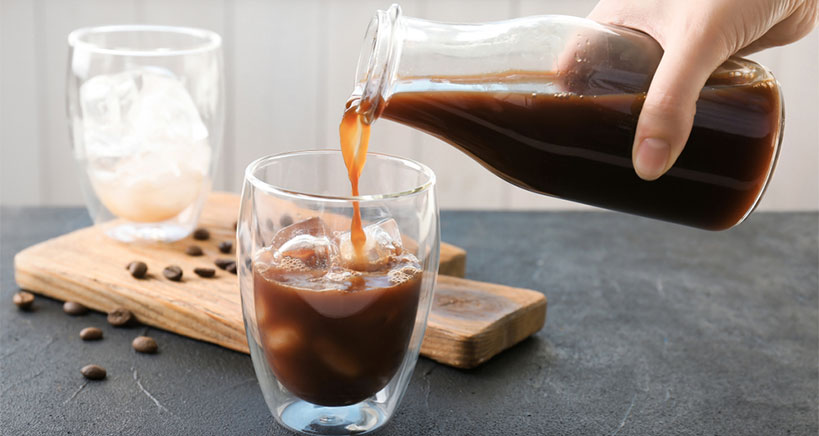 Hands down, it is safe to say that first prize for innovation in the coffee biz goes to Starbucks, the mogul which currently operates over 30,000 locations worldwide and has distinguished itself with the taste, quality, and uniqueness of its offerings. Among its claims to fame are its constantly evolving line of frappaccinos featuring a coffee or crème base, ice, additives such as milk, sugar, and flavored syrups, all topped with whipped cream. Some java lovers claim that the following Starbucks flavors are the best coffees to try:

In savory summation, it is safe to say that ‘the best coffee flavors’ award is truly up for grabs and the playing field is wide open for anyone in the food biz to jump right in.