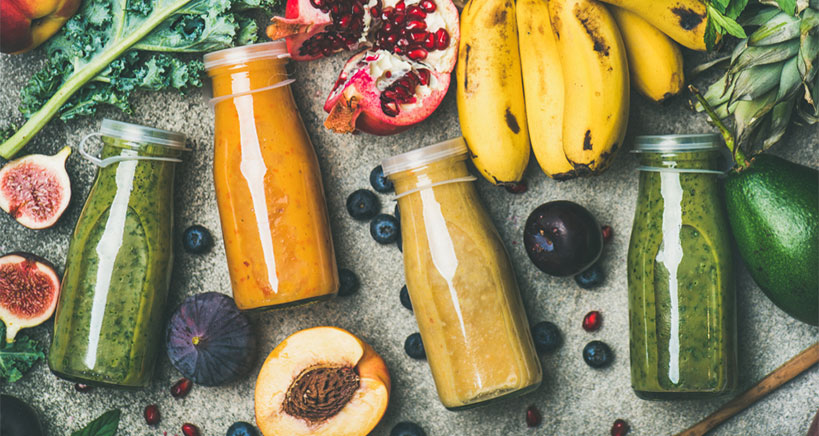 Smoothie season is here! With summer upon us, now is the perfect time to update your restaurant and foodservice menus and learn all there is to know about what’s new in the smoothie industry. And one thing we know for sure is that the smoothie market is flourishing. With food trend predictions forecasting sunny skies for the future of smoothie sales, what began as an obscure concept and simple fruit juice and ice drink in the 1930s, has become a booming business and a modern-day success story.

Offering lucrative growth opportunities for industry players, smoothies continue to gain traction and are riding the wave of popularity as:

Moreover, 2019 smoothies are comprised of an expanding smorgasbord of ingredients. From pureed raw fruit mixed with crushed ice and sweeteners (honey, sugar, syrup, and stevia) to the addition of vegetables (carrots, spinach, seaweed, and even hot peppers); dairy products (milk, yogurt, cheese), and non-dairy alternatives (oat, pea, and coconut milks), the selections abound.

The most prominent ingredients being infused into 2019 smoothies, however, depending on the consuming population, include: chocolate, peanut butter, assorted nuts, and functional ingredients or ‘superfood supplements’ like protein powders, maca, vitamin B12, and collagen. If you work in foodservice, the most important thing to remember, say the experts, is that customization is one of the greatest recipes to smoothie business success. 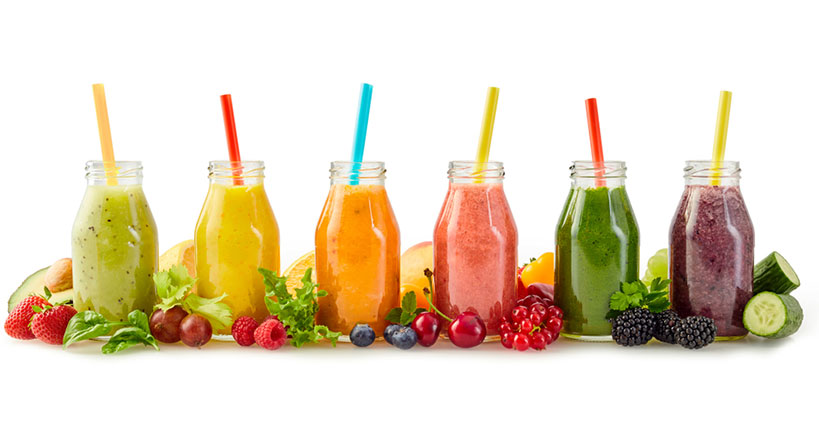 What is smoothie customization? To expand or upgrade your food venue’s smoothie selection by way of customization, allow customers to personalize their drinks with a variety of ingredient choices, or offer them a predetermined menu of selections which have been custom-designed to cater to their unique dietary needs – i.e. gluten-free, lactose-free, or vegan. According to Maeve Webster, president of the Menu Matters culinary consulting firm, this savvy strategy can go a long way in driving customer satisfaction and raking in revenues. She adds that this tactic …”will be driven entirely by who they currently serve and who they want to serve in the future. There will definitely not be a one-size fits all to this approach.”

The History and Evolution of Smoothies

Before we delve further into the present-day-picture of the industry and give you some top-notch tips on how to maximize the success of your smoothie operation, let us take our taste buds on a journey into the past to learn about this favorite frozen-food’s unique history, trajectory, and rise to success.

As with many of today’s standout ingredients and dishes, the evolution of smoothies was directly affected by 1) meeting the dietary needs of specific consumers 2) global events and 3) trends of the time.

Historically, various types of fruit juice blends or pureed fruit drinks have been served throughout the ages in Eastern and Mediterranean cultures. However, the first American pureed fruit beverage resembling what we call smoothies today, is said to have been the invention of Jules Freed in the 1920s. After reacting negatively to the acid in freshly squeezed oranges/orange juice, he set out to discover a way to make the beverage’s ingredients more frothy, friendly, and palatable to his sensitive stomach. His success led to the opening of his own store and to the coining of the now well-known phrase “Orange Julius.”

Serendipitously, these events came about at about the same time as the electric blender was invented and when refrigeration began to take hold in the United States. The Waring Blender debuted in the late 1930’s and revolutionized the culinary world with its ability to grind raw ingredients into a smooth paste.

Subsequently, during the 1930s, ’40s, and ’50s, smoothie popularity continued to grow. However as Dan Titus, the director of the Juice and Smoothie Association tells us, it was during 1960’s, with the advent of the macrobiotic health food movement, that its claim-to-fame really soared, requiring health-food stores to meet demand and begin selling more varieties of blended fresh fruit drinks.

How the Modern-Day “Smoothie” Was Born

But when and how did the term “smoothie” come about? Once again, we look back for the answer – this time to 1970, when a lactose-intolerant teen by the name of Steven Kuhnau, who was unable to enjoy milkshakes and ice cream sodas with his peers, began creating his own concoctions of fresh fruit, fruit juice, and ice which not only kept his allergies at bay but which became an instant hit. A few short years later, in 1973, Kuhnau founded the very first “Smoothie King” store where he experimented with his invention by playing with ingredient supplements such as protein powders, vitamins, and yogurt.

Over time, the name ‘smoothie’ not only became a household name on the American landscape, but “Smoothie King” bars began to open across the country and the popular beverage/dessert began appearing on restaurant and juice bar menus. 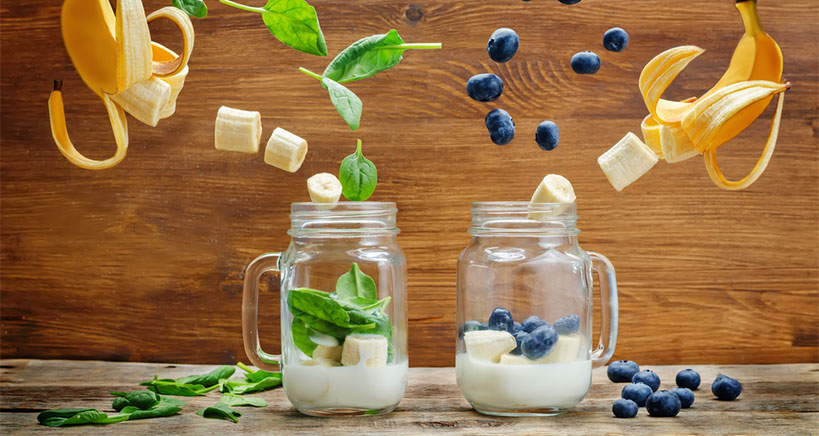 Today, Smoothie King Franchises, Inc. boasts stores in 33 American states, over 900 units worldwide, and it reigns supreme among its competitors. In 2018, for the 25th consecutive year, Smoothie King was ranked the #1 Juice Bar Franchise on Entrepreneur Magazine’s Annual Franchise 500 list.

How to Enhance Your Smoothie Business

If you are looking to enhance and update your restaurant or catering menu, or if you are searching for a niche consumer market to cater to, investing in smoothies is a smart choice. Already a consumer favorite across the age spectrum with promises of bearing significant lucrative potential, here is some advice from the experts on how to maximize your smoothie sales.

While you may be tempted to jump on the bandwagon and make sure your restaurant or catering service is offering ‘the latest and greatest’ smoothie innovations, industry advisors such as Nancy Kruse, a strategist at the food and restaurant consulting firm ‘The Culinary Edge,’ advises otherwise. Noting that unfamiliar ingredients can be off-putting to some mainstream consumers, here is what she recommends: ” new trends and flavors should always be taken into consideration and balanced with the guest’s need for a familiar, delicious and craveable beverage. Capitalizing on familiar ingredients, nostalgic flavors or iconic beverages can be a good way to ground beverages and ensure widespread appeal.”

According to the mavens, offering different portion sizes can also boost sales. The same goes for any strategies which allow customers to personalize their eating-out experience, either catering to their momentary cravings or meeting other needs or desires. For instance, if you sell smoothies in conjunction with other foods, offer a smaller-sized beverage; if you sell them solo, offer various size options along with the opportunity for customers to choose flavors, supplements, and toppings.

Better yet, if you want to follow in the footsteps of today’s industry giants, the recipe to success may lie in Smoothie King’s approach, which continually strives to strike a balance between offerings and service. Today the conglomerate offers both a pre-set smoothie menu that includes a selection of recommended combos, alongside the option for self-customization. Smoothie King spokespeople also share that their employees are trained to suggest ingredient enhancers to customers’ orders and that these strategies help streamline both the workflow and ordering process.

And here is one more insider’s tip for your biz: Currently, unlike what you may have thought, the chain’s most widely sold flavors/additives are: peanut butter, multi-vitamin, energy boost, vanilla frozen yogurt, and whey protein.

Enjoy – and best of luck on your smoothie business endeavors! 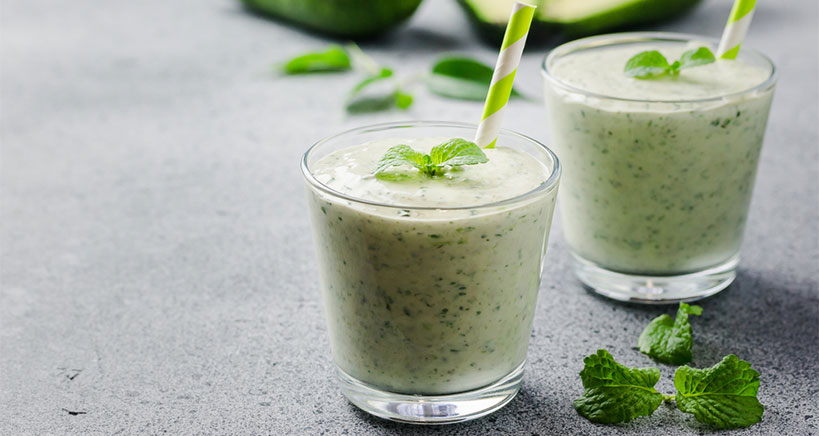 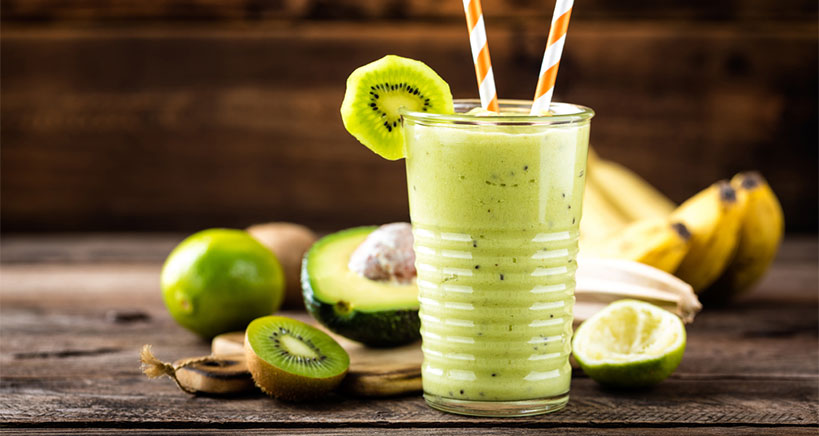