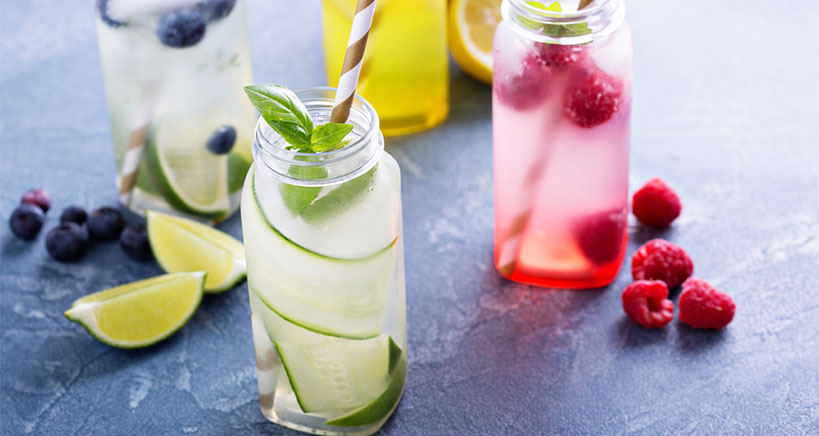 The soaring popularity of non-alcoholic drinks continues to revolutionize the brewery world as industry titans, esteemed bars, and well-respected bartenders board the booze-free train. Various formulations of the newcomers include terms such as mocktails, faux spirits, alt-gin, and zero-proof drinks and beverages. Yet while the cocktails might be ‘mock,’ they are bringing in real bucks – and big bucks to boot.

The non-alcoholic (NA) beer industry, in particular, has proliferated with sales expected to surpass $25 billion by 2024, according to research firm Global Market Insights. The year 2019 also witnessed the astronomical rise to success of the first non-alcoholic gin and whisky products from company Ritual Zero Proof. Its six-month startup inventory sold out in a mere six weeks, necessitating a 400% increase in production to meet demand. The company’s success has since garnered the attention of Diaego, the industry giant whose brands include Smirnoff, Crown Royal, Johnnie Walker, and Don Julio. It now has a small ownership stake and major cash investment in the company, enabling Ritual to expand significantly.

And it’s not just non-alcoholic drinks which are experiencing an upheaval: sober bars, an oxymoron within itself, are popping up nationwide, along with the newly-coined term “sober curious population.” This refers to the growing population who are decreasing or altogether ceasing their alcohol intake and questioning everything about their relationship with alcohol and the societal pressures that have always caused them to consume alcohol.
The bottom line? If you own a bar, or if your restaurant or catering service provides alcohol, your business can no longer afford not to sell mock drinks and zero-proof beverages.

Who is your target audience? According to the experts, millennials and Gen Zers comprise the largest demographics. Not only are they drinking less, but they are increasingly expecting to be offered a selection of zero-proof options. In fact, according to Heineken’s chief marketing officer, Johnnie Cahill, the conglomerate recently launched their first “0.0” beer in response to the “growing trend toward health and wellness, particularly with the younger cohort.” While they still want to drink socially, says Cahill, “In the U.S., 30’% of people between 21 and 30 haven’t had a beer in the last month.”

Backing up his words are market analysis results from the beverage industry tracker IWSR Drinks. Not only is the customer base for low-and no-alcohol drinks expected to grow, but American alcohol consumption has declined for three years in a row, with 67% of people in the 25-34 year-old age range trying, or have tried in the past, to reduce their alcohol intake.

So what accounts for the current trends? Some familiar factors include health concerns, being pregnant, being a responsible designated driver, training for an athletic competition, and a desire to avoid a morning hangover. However, some newer reasons include the younger generation favoring marijuana over booze, as well as fear of being caught over-drinking or drunk on social media. Explaining the phenomenon in a Business Insider interview is global food-and-drink analyst Jonny Forsyth: “Control has become a key watchword for today’s younger drinkers. Unlike previous cohorts, their nights out are documented through photos, videos, and posts across social media where it is likely to remain for the rest of their lives…Over-drinking is therefore something many seek to avoid.”

From Mocktails to Well-Crafted Zero-Proof Cocktails

As we begin to explore how bartenders can begin crafting their own zero-proof editions, let’s take a walk down history lane and look at how yesterday’s sugary-sweet fruit juice and syrup-based mocktails have evolved into refined spirits with distinct flavor profiles, carefully chosen ingredients, and even their own intricate distilling process.

It all began in 2013 when Ben Branson, a UK pea farmer-turned-entrepreneur, was looking online for unusual seeds to add to his vegetable patch. He came across a 17th-century book called the Art of Distillation that contained non-alcoholic remedies for a variety of maladies (from kidney stones to epilepsy). A tinkerer at heart, he began experimenting in his kitchen, and what he ended up with is Seedlip: the world’s first spirit made from a distillate of botanicals as opposed to alcohol. More specifically, seedlip is made by distilling individual herbs and botanical flavors (i.e. rosemary, thyme, peas, spearmint), adding spices and citrus flavors, and blending them into a final elixir.

What began as a hobby quickly turned into a business and Branson introduced his first non-alcoholic spirit, Seedlip Spice 94, to the UK in late 2015. Described as a complex blend of warm citrus notes from lemon and grapefruit peel, aromatic Jamaican allspice berry and cardamom, and a long bitter finish from the highest quality barks (oak & cascarilla), it lay the foundation for his subsequent reinventions of the classic gin and tonic. His second offering was Garden 108, made from homegrown peas and hay, while his most recent concoction, Grove 42, is a citrus infused spirit made with bitter orange, mandarin, blood orange, lemongrass, ginger, and lemon mixed with soda water.

Today Branson’s Seedlip company has a staff of 70 individuals and has expanded its reach to 20 countries. It is served at over 250 Michelin-star restaurants globally and at over 1,000 restaurants, bars, hotels, and stores in the US alone. Changing the face of traditional liquor and wine-based drinks forever, today Seedlip is one of many primary ingredients used to make zero-proof beverages.

In addition to Seedlip, here is the scoop on some more increasingly common ingredients bartenders and chefs can use to create their own signature alcohol-free offerings. 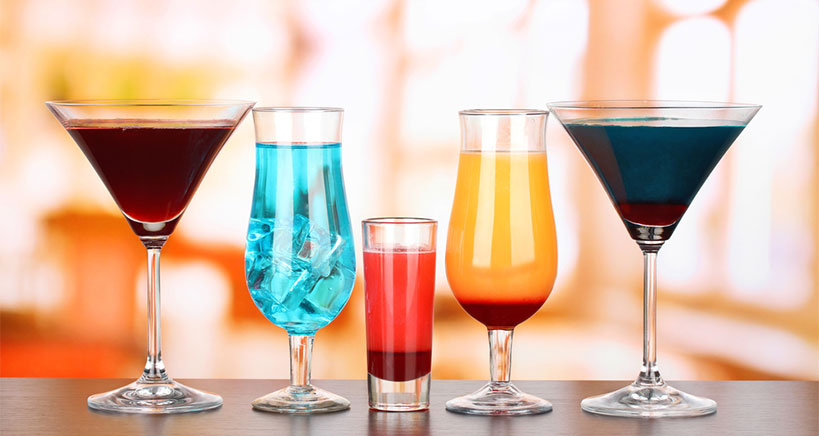 How to Create Striking Non-Alcoholic Spirits

Bartenders are approaching their zero-proof concoctions with as much thought and care as their alcoholic counterparts. As you stir your own creative cocktail imaginations, keep in mind that the right mix of complex flavors can mimic real spirits and produce new unmatched combinations. For inspiration, drink in some of the following most unusual and interesting ingredients appearing in high-class bars and restaurants around the world:

Be sure to also learn about new syrups such as:

Back to the Classics

If you are wondering where the classic cocktails fit into the mix, there is good news. Even the traditional can taste delicious sans booze – and they won’t give your customers a hangover either. Think non-alcoholic Bloody Mary’s, zero-proof margarita without the tequila, and try your hand at the following recipe for alcohol-free Piña Colada:

Blend, shake, strain, and garnish with your choice of sliced pineapple, pineapple leaves, and fresh orchids.

And now for some inspiring foodservice industry news: Thanks to a brilliant initiative by Kim Stodel, the bar manager at the Michelin-starred restaurant Providence, the world of non-alcoholic beverages is blending with a new “zero waste” program that infuses liquid life into produce that would otherwise end up in the trash bin. Check out Stodel’s signature Sea Cucumber Drink invention, made from leftover cucumber pulp and juice.

Looking into the crystal ball of the future, there is welcome news for both your customers and your bar business. While consumers can now enjoy a fun night out with the taste but not the buzz of alcohol, your ‘biz can expect significant sales boosts during Happy Hour. In the words of acclaimed bar manager William Nykaza, known for his classic and adventurous cocktail creations, profits in his establishment have grown 35%-50%, and “a lot comes from having these exciting cocktails.”