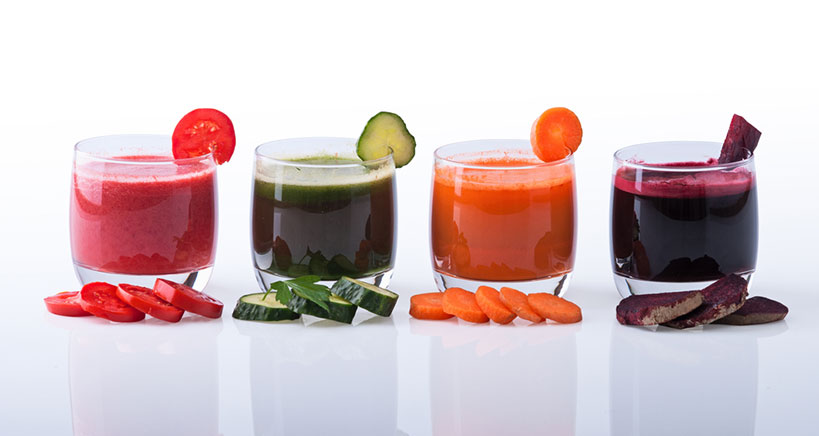 If you operate a foodservice, and especially if you work in the beverage industry, you probably have already donned your chefs’ hats and are brainstorming ways to add energy drinks to your beverage menus. Of course, you could simply sell some of the leading energy drink brands, but that would be dabbling in an already saturated playing field with little or no room for growth. On the other hand, if you learn all there is to know about energy drinks, including their pros and cons, you could create your own signature varieties, stand out from the competitive pack, and give both your customers and your restaurant business an energy-bursting boost.

So what do we know about the energy drinks market? Here are some quick facts:

Looking at future trends, on the horizon are new supplements and formats, including: low, light, and zero versions (referring to both calorie and sugar content); organic varieties such as vegan and gluten-free; an increase in clean-label claims; new flavors, such as Red Bull’s Lime, Cranberry, Blueberry, Tropical, Tangerine, Kiwi, Coconut Twist, and sugar-free Açai Berry. 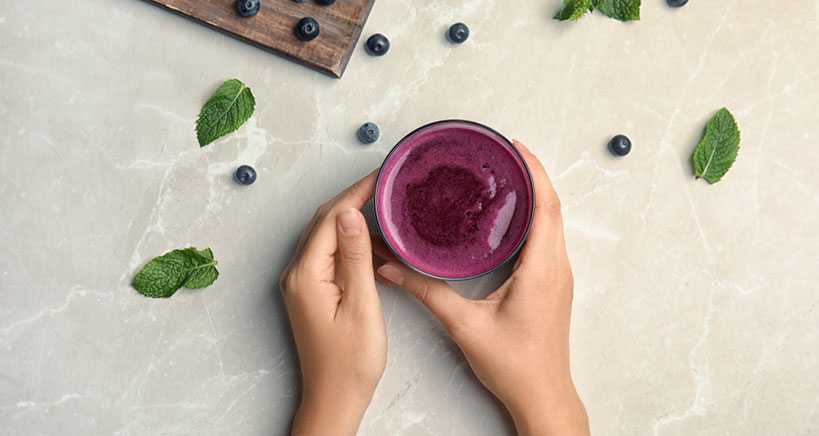 If you’re wondering what keeps customers coming back for more, here are some more positive effects associated with the global multi-billion dollar industry. The caffeine boost provided by these cold beverages is easier to access and quicker to enter the bloodstream than their hot coffee or tea counterparts. In addition to caffeine are other energy supplements while the drinks’ refreshing property makes them the perfect choice after an intense physical workout or as a morning pick-me-up. Since they don’t need to be heated or brewed, energy drinks are easy to market as a fast ready-to-drink (RTD) product. They are also relatively inexpensive, trumping Starbucks and other gourmet caffeinated drinks in price. Finally, while many consumers enhance the flavor of black coffee with added sugar, cream, milk, or sweeteners, zero-calorie energy drinks come pre-packed with flavorful ingredients–no extra calories needed!

The American Beverage Association firmly stands by its assertion that energy drinks are safe, pointing out that many of their ingredients are found in other common foods and have been rigorously studied for safety. On the opposite side are growing concerns from multiple health experts claiming that the cocktails of ingredients, and especially the oftentimes excessively high amounts of caffeine, can have unintended health risks, especially for children, adolescents, and college-age students. This is especially troublesome in lieu of the lack of FDA regulation for the drinks’ safety as well as aggressive marketing tactics towards youth, At the same time, some of the most likely candidates to reach for a can are students cramming through the night or young athletes before a game.

What’s the bottom line? The International Society of Sports Nutrition (ISSN) has concluded that the effects of caffeine consumption 10-60 minutes prior to exercise can improve mental focus, alertness, anaerobic performance, speed time, and endurance in adults. However, the additional energy drink ingredients require more study regarding their safety and performance effects.

While these energy boosters are being marketed as some of the latest inventions on the functional beverage landscape, did you know that early versions of energy drinks emerged many centuries ago? Strolling down history lane, Native Americans (circa 1250 AD) drank an energizing brew of bark with roasted holly leaves. Likewise, the world has long enjoyed the naturally occurring caffeine contained in tea leaves, coffee beans, cocoa, and kola nuts. However, it was in 1819 that chemist Friedlieb Ferdinand Runge became the first to extract caffeine from coffee beans, paving the way for the stimulant to be added to powders, potions, pills, and beverages. 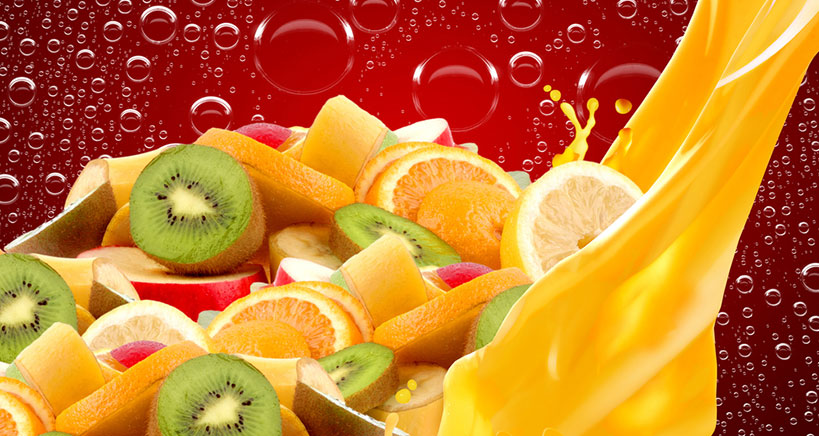 Bringing us closer to today: In 1976 Krating Daeng (‘Red Bull’ in the Thai language) was introduced; in 1985 Jolt Cola debuted (a caffeinated carbonated beverage marketed as promoting wakefulness); in 1997, Red Bull was launched in the U.S.; respectively, 2001 and 2002 ushered in Rockstar and Monster brands; 2004 marked the emergence of the first energy shots, called 5-Hour Energy; in 2005, Four Loco, combining alcohol and caffeine, became a hit on college campuses (only to be reversed by the FDA ban on energy drinks containing alcohol in 2010). Last but by no means least, VPX Sports released BANG 357 in 2012, followed by their move to re-invent the beverage world with the launch of keto-friendly and purportedly fat-burning Meltdown in 2018.

How Your Restaurant Can Innovate with New Energy Drinks

While the iconic brands continue to dominate the market, energy drinks are hot-ticket items for customers eager to try new flavors and trendy ingredients. Fortunately, there are many creative ways your foodservice can cater to demand and innovate in the realm of energizing beverages. Moreover, you can avoid controversy by eliminating or reducing caffeine and by concocting healthy, all-natural, and functional beverages. Similarly, unique ingredients and extraordinary flavors go a long way in captivating the crowds and in showing off your chef’s culinary skills.

You can also take inspiration from iX MiXer – a naturally flavored, caffeine-free, lightly sweetened, non-alcoholic drink. Its makers claim it helps the body sustain energy through its unique combination of electrolytes, vitamins, and minerals and aids in the prevention of hangovers to boot. According to bartender Nick Rolston, one of the founders of iX MiXer, the cocktails are especially attracting young professionals: “They are people who like to go out and be social, but also have careers and need to be productive the next day.” 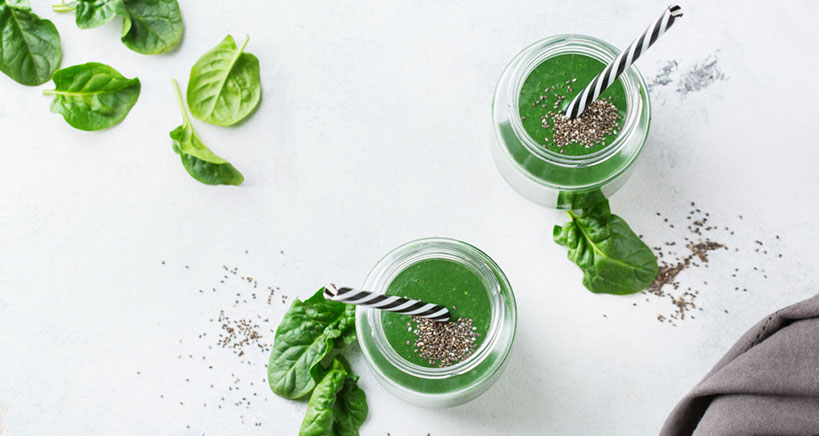 Juice-based refreshing beverages are also on the rise, such as V8 varieties that are made from full servings of fruits and vegetables with few calories and no added sugars. They have the additional benefit of being marketed as plant-based drinks that cater to the myriads of customers with special dietary needs (i.e. non-dairy, gluten-free, allergy-free, nut-free, and more).

Energy Drinks for Your Bar Business

If you operate a bar or if your restaurant serves alcoholic drinks, some of today’s most popular energy drink cocktails include:

Finally, don’t forget the power of establishing a Web presence and especially on social media to market your business. Social media, including Instagram-worthy pictures of your beverage standouts, remains the best and cheapest way of engaging with and attracting customers. It is also an ideal way to establish your niche and to gain name recognition. In fact, another sure-fire success strategy is devising a catchy name for your drink creations and promoting it shamelessly (think sugar-free cranrazberry or pomegranate-pleasing root beer).

To complete this foodservice guide to energy drinks, experiment with these two easy to make drink recipes: