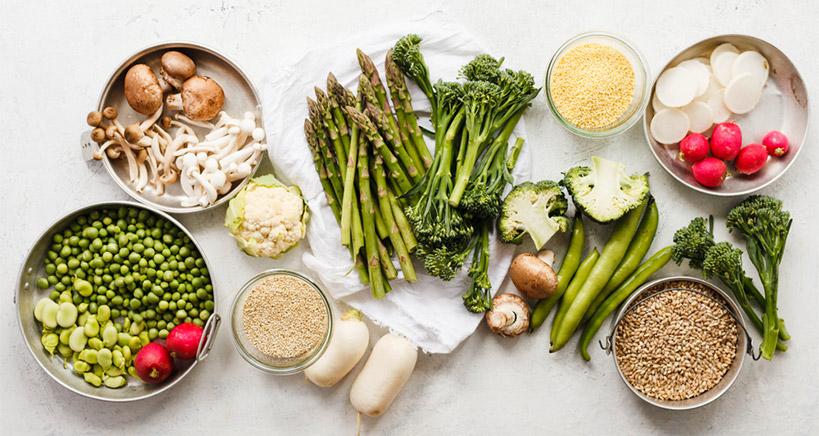 Plant-based food sales continue to skyrocket as consumers clamor for more nutritious options that protect their health and the health of the environment. With sales of meat declining and the popularity of meat alternatives growing, restaurants big and small, as well as major corporations and leading food brands, are rising to the occasion and adding entire lines of plant-based products to their menus. Read on for practical and tasty ideas on how to satisfy your customers’ cravings and cash in on this lucrative opportunity.

While the trend towards vegan, low-calorie, low-fat, non-dairy foods has been around for a while, the plant-based food market has recently picked up steam. On top of being strictly vegetarian, gluten-free, and lactose-free, new additions to this group include protein-friendly alternatives such as grass-fed beef, natural chicken, sustainable salmon, quinoa, non-genetically modified (non-GMO) tofu, and other new products which fall under the categories of meat and dairy alternatives.

Depending on the type of restaurant or food establishment you manage, consider expanding your lunch or dinner offerings with some of the latest plant-based selections appearing in restaurant menus across the industry:

As for pizza lovers, you can tantalize their taste buds and attract their business with palate-pleasing gluten-free pizza topped with meat-free pepperoni. In doing so, your restaurant will in fact be following in the footsteps of some of the biggest names in the biz who now offer vegan pizza alternatives. These include Dominos, Papa John, Pizza Hut, and more.

So what factors have prompted the explosion of plant-based eating? The answer, in a nutshell, is based upon three consumer concerns:

What is especially new in plant-based eating, however, is the growing number of meat eaters who are looking to reduce their animal consumption and replace it with a natural protein source. These same consumers are often millennials in the important 18-35 year old demographic who are inclined to eat in accordance with their values, seek foods that are healthy and organic, and demand that the food industry engage in ‘green’ practices. Most significantly, industry reports indicate that these same consumers base their restaurant selection upon these factors – another great reason for your eatery to cater to their wants and serve up a large helping of plant-based menu options.

What the Experts Have to Say

Here is how the pros account for the rise of plant-based foods and why they believe that what was once considered a passing fad is here to stay.

Tracy McGinnis, marketing director of Fox Restaurant Concepts, who recently spoke at the National Restaurant Association (NRA) Restaurant Innovations Summit says: “People are looking for foods they can eat every day that make their bodies feel good, provide the energy necessary to fuel them throughout the day, but don’t negatively impact the environment. It’s not just vegans and vegetarians leading this trend. People who would rather not eat animal-based proteins every day are on board, too.”

Mirroring her insights are the following hard-core industry facts and commentaries: 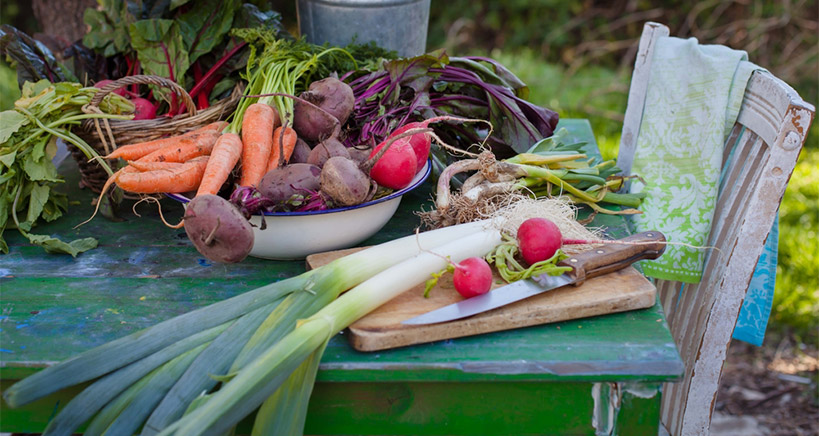 Finally, notably highlighting the plant-based food revolution are the actions of Tyson Foods, the world’s largest meat processor, which has taken a part ownership stake in the plant-based startup Beyond Meat. Also jumping on board to the extent of offering their own plant-based meat alternatives are big chains such as Whole Foods, Target, and Trader Joe’s.

It wasn’t long ago that meat-free products were not only difficult to find, but those that were available – such as veggie burgers and protein bars – were often unappealing, unappetizing, and required a special trip to the health food store. This scenario has since radically changed. Supermarket aisles are now lined with multiple choices in plant-based products while freezers are filled with non-animal foods that look like meat, cook like meat, and taste like meat. Among the plentiful options are meatless crumbled-beef or chicken-strip burgers, meat-free steak pies, and meat-free buffalo wings.

The dairy department has also made way for a plethora of new and innovative plant-based alternatives – offering your chefs the opportunity to incorporate them in their featured recipes and capture the hearts and stomachs of the growing number of vegan-seeking customers.

Mogul Ben and Jerry’s, one of the biggest tycoons in the ice cream and frozen yogurt industry, has responded to consumer demand for plant-based alternatives by introducing flavors such as PB n’ Cookies, Peanut Butter Half-Baked, Chocolate Cookies ‘n Cream (made from cashew milk),Caramel Almond Brittle, Coconut Seven Layer Bar, and more. If you are looking for dessert ideas and recipes for your ice cream parlor or dessert menu, check out the vegan menus now offered by Carvel, Haagen-Dazs, Tim Horton’s, Jamba Juice, and Starbucks.

Foodservice professionals prepare yourselves for a business bonanza. The highly-regarded Trend Reports of Baum & Whiteman, considered ‘the deans’ of restaurant connoisseurs who have accurately predicted the food industry for years, have singled out plant-based consumables as one of the top trends for 2018-2019. Moreover, Baum and Whiteman highlight that it is specifically younger customers who are embracing a plant-based approach to eating out and that this demographic is likely to adopt these eating habits for life.

With plant-based dining on the rise, it is time to update your meatless and dairy-free menus. Not only can you expect significant sales growth, but an expanding base of loyal, returning customers whose craving for plant-based foods is not about to waiver anytime soon.

Plant-Based Recipes for Your Restaurant

To give your new vegan ventures a boost, here are some practical plant-based recipes to add to your expanding menus.

First, as a great addition to any brunch or lunch menu, try your hand at the following recipe for: 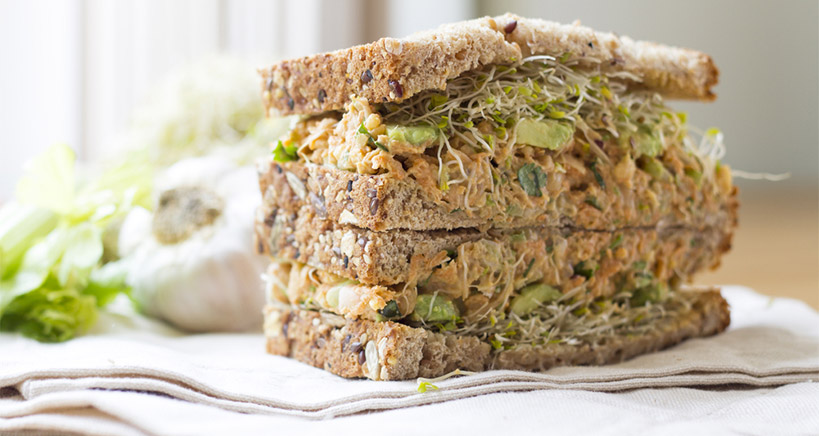 Next, for an easy plant-based dessert that is packed with potassium and wholesome energy for the perfect pick-me-up, check out this recipe made from only two primary ingredients: dates and almonds. Not only is the recipe grain-free, gluten-free, and vegan, but you can convert the recipe to nut-free by substituting the almonds with toasted coconut chips. Your chefs can then use their culinary creativity to mold the dough into any shape, size, or edible structure desired. 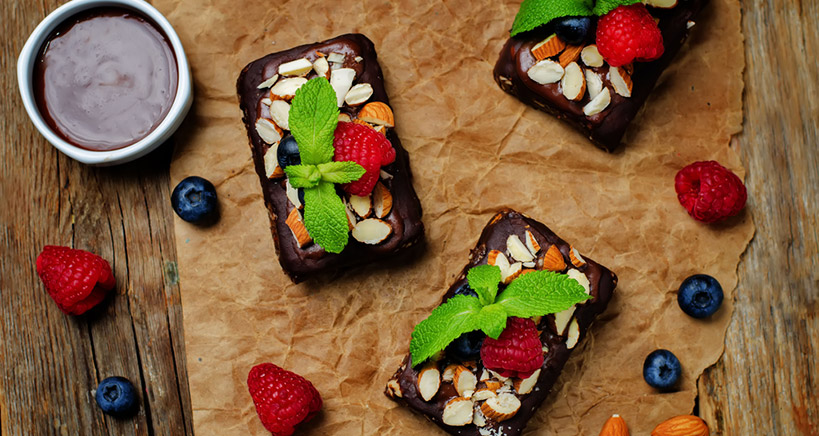 Meatless, dairy-free, vegan dining is in, so make sure your restaurant or catering service is not ‘out’ of the loop by adapting your menu selections accordingly. Stay up to date with the onslaught of new-and-improved plant-based offerings on the market and use your chefs’ culinary prowess and creative juices to concoct mouth-watering, pioneering plant-based recipes. Then enjoy the rich, tasteful rewards as your customers spread the word and keep coming back for more!