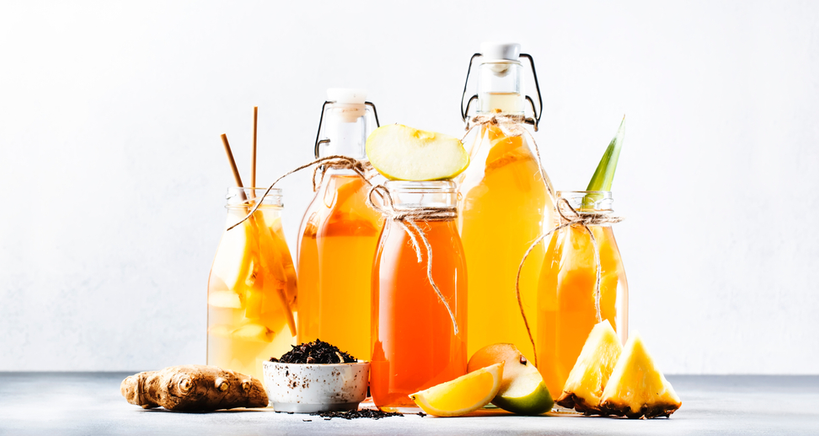 Kombucha, the fizzy, fermented tea with a distinct tangy flavor, is in high demand for 2021. Restaurateurs seeking to upgrade their beverage menu for the New Year would do well to cater to customers’ clamors for more Kombucha.

So, what is it that has the cold tea flying off grocery store shelves, appearing in home and workplace refrigerators, and making the top-four list on consumer recipe searches?

We’ll answer these questions and more as we delve into the unusual world of Kombucha.

Most people don’t know that Kombucha is actually an ancient tea first brewed in China over 2,000 years ago. With the expansion of trade routes, it was introduced to Japan and Russia and made its European debut in the early 20th century. When Kombucha hit the Western world, it earned quick popularity as a health and energy drink, reaching its peak in recent years when public interest in gut health grew. At the same time, Kombucha became an increasingly favorite pick by consumers seeking an alternative to processed carbonated drinks that are typically packed with sugar or artificial sweeteners.

Even before the COVID-19 pandemic took the world by storm, the quest for health-promoting products was on the rise. First came revitalizing adaptogens (ancient herbs and roots) that provide stress relief and regulate emotional states. Then came nootropics that boost brain function, followed by collagen-infused foods and drinks with beauty benefits. Most recently in industry headlines: functional ingredients that offer not only good taste but a distinct health advantage as well.

As a functional beverage, kombucha is best known for its probiotic or gut-friendly properties. Formally, probiotics have been defined as “live microorganisms which when consumed in adequate amounts as part of food confer a health benefit on the host.” In plain language, probiotics are healthy bacteria that are said to improve a variety of bodily functions, including digestion, food cravings, inflammation, and even stress and mood levels. And indeed, kombucha tea is made with the addition of a strain of bacteria and yeasts known as SCOBY (symbiotic culture of bacteria and yeasts). The latter forms a mushroom-like film on the surface of the liquid (giving kombucha the nickname ‘mushroom tea’) that is off-turning on sight. However, it also responsible for turning the fermented sugary tea into the popular sour and fizzy drink it has become.

According to industry reports, the coronavirus has sparked staggering growth in the fermented food market and a demand for products with immunity-boosting ingredients such as kombucha. Savvy restaurateurs and foodservice owners would do well to make sure that Kombucha earns a bright spot on their 2021 menus.

Some of Kombucha’s claim-to-fame health benefits include:

Here is the good news. While once upon a time you had to know how to grow your own SCOBY to make Kombucha (a somewhat intricate process that needs to be done just right), today you can purchase it ready made in many grocery or health food stores. You will also need starter kombucha tea to add to your mixture. The SCOBY can be reused several times to make several batches of kombucha. There are many websites dedicated to making and caring for SCOBY and making kombucha! Here is a simplified version to help you get started: 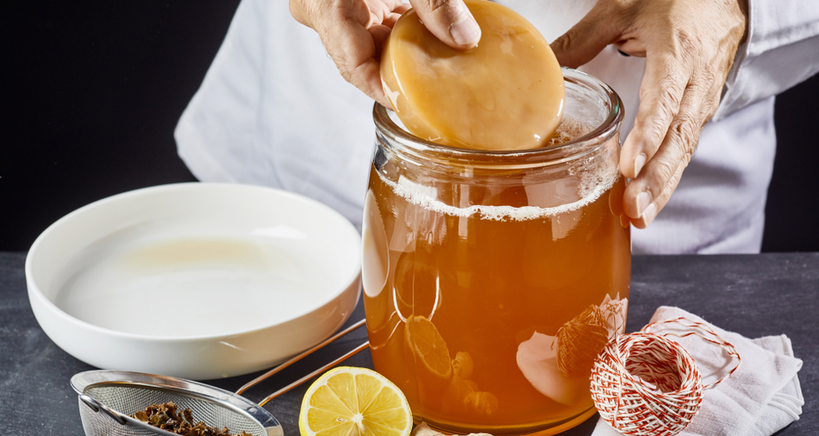 If all this talk about tea and bacteria isn’t quite whetting your appetite, perhaps adding some flavor to the mix will! Fortunately, there are now scores of flavored Kombucha recipes to add your chef’s repertoire and to usher in the New Year. Some of the most popular Kombucha flavors are ginger, lemon, apple, citrus, and vanilla. 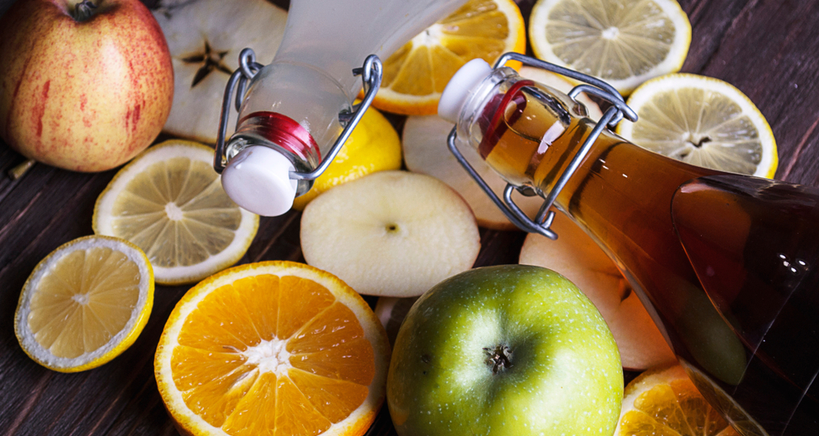 Other recipe variations include adding:

Kombucha All Year Round

As the holiday season winds down, here are some ways to cater to your Komucha-loving customers year-round. For wintertime, elderberry is a delicious addition, while orange-cranberry-ginger will keep hearts warm and taste buds tingling. In the springtime, add puréed bananas, peaches, or strawberries for a slightly thicker kombucha, and enjoy experimenting with seasonal tropical fruits, such as papaya, mango, pineapple, pomegranate, or tropical fruit juice blends. Herbs and fruits also make a great combo in the form of strawberry-basil, mint-lime, and lemon-rosemary.

Best yet, have your chefs come up with a one-of-a-kind signature flavor suitable for your eatery and customers. Spread the good word of your kombucha offerings on social media, post some eye-catching photos on Instagram, and wait for the crowds and the orders to start rolling in…

Natural complements to kombucha, ginger and lemon flavors are easy to add to your basic recipe. If you are using fresh ginger, peel and cut the ginger root first. Alternatively, you can purchase ginger matchsticks that slip inside the bottle’s neck. Add a few teaspoons of lemon juice to taste (depending on the size of your batch) – and voila! 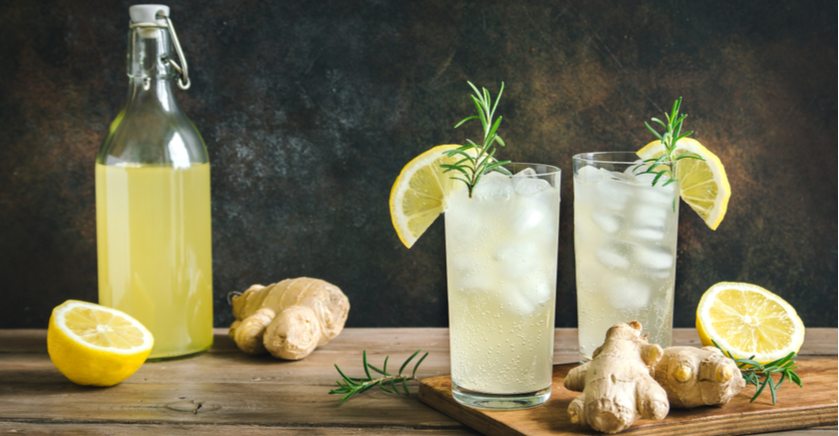 You can also make ginger kombucha with a ginger juice concentrate as follows:

Remember, when flavoring kombucha, leave fruit in no more than a day or two or fruit will keep fermenting kombucha and make it sour. Kombucha can be served with ice and garnishes of your choice! You can also serve with vodka for a refreshing cocktail!

Anyway you drink your fizz, cheers and have a Happy New Year!