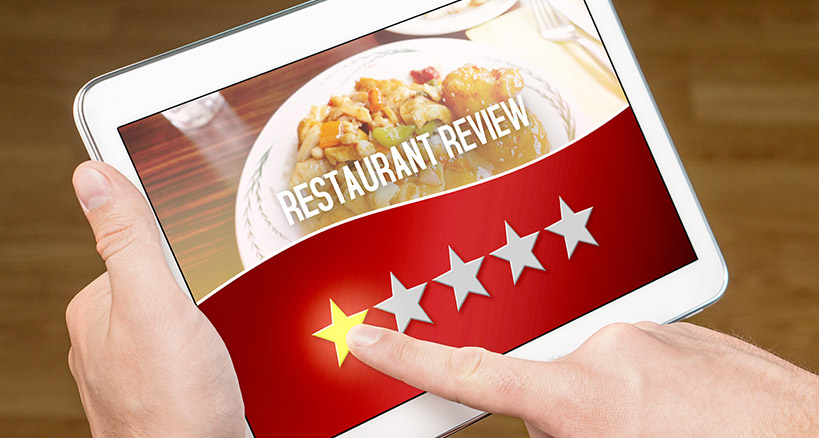 What to Do if You Recognize a Food Critic

Even in this era of online reviews written by faceless patrons and amateur foodies, a real, live food critic can cause a restaurant owner’s knees to shake. The most confident restaurateurs will still get nervous when they see a well-known food journalist cross the threshold. This seemingly anonymous character is actually loaded with the ability to make or break a restaurant. Plenty of articles have been written about how to recognize a food critic; his signature behavior, which usually includes questions galore and a highly focused attention to detail, will alert staff to his presence. However, in this post, we’re going to focus on what to do when you recognize a food critic. (Also in this post, we’re going to refer to a food critic as “he.”)

Restaurant Food Critics Have a Code

Even the most discerning food critic should follow certain guidelines – a code of ethics – set forth by the Association of Food Journalists. The AFJ advocates for critics who adhere to the same professional responsibility as do other journalists. These guidelines say that a critic should be fair and honest; should understand the food he is writing about; and should look beyond the menu and review all aspects of the restaurant as a whole. These guidelines also lay out a process for sampling the menu: They encourage food critics to sample from a wide breadth of the menu – appetizers to desserts. They suggest critics taste everything they order and only write about what they have tasted.

Despite the guidelines, and despite the fact that restaurant owners try to harbor the belief or hope that food critics will be fair, it’s natural to want to impress. If a well-known and recognizable food critic walks through your restaurant’s door, the first word of advice is, “Don’t panic.” A staff member who notices a food critic – or someone who is acting like a food critic – should stay cool and calm, and should then notify the manager or the owner (without the journalist realizing that his presence has been noticed).

Food critics should not get freebies. An important rule that applies to food journalists is that they should make every effort to pay for their food and drink, even if the owner or manager tries to offer it gratis. Free food equals bribery, and trying to buy off a food critic is not just frowned upon, it’s counter-productive. You may look at it as a magnanimous gesture, but comped food can easily be perceived as a pay-off, putting the honest food critic in a difficult position. So don’t even try it – it’s not worth the embarrassment or awkwardness.

Even if you’re 99% sure that the patron at Table #3 is a food critic, allow him to relax and enjoy the meal. (Why should both of you get sweaty palms?) A restaurant reviewer’s job is to observe: to gauge the noise level, assess your customer service, take in the ambience. Let food critics do what they came for and don’t bud into their meal time – especially if they are dining with a companion. Act like you always do: don’t hover, don’t interrupt, and don’t be annoying. Don’t start explaining the menu or discussing your experiences setting up the restaurant. The most you can do – and this is perfectly acceptable – is to choose the best of your wait staff to serve the food critic. That is both prudent and recommended.

IF the food critic shows his hand and invites you over to his table, be cautious. You’re a restaurant owner, not a late-night TV host. In other words, let him ask the questions while you refrain from interrogating him about his life, history, or background. It is fine to Google him afterward; but while you’re talking to him, let him ask the questions – that’s his job.

Aside from not asking about his experience as a food critic, or requesting anecdotes about the job, don’t ask whether he is enjoying his meal. That is just not cool and it puts the journalist on the spot; besides, you’ll find out soon enough. Instead, just thank him for coming and tell him that you hope he enjoyed his meal.

It is possible that the food critic may decide not to hide his criticism behind the written word; he may instead choose to be up close and personal about a complaint. Don’t panic: Dealing with a critic’s negative feedback should be similar to the way you deal with a customer’s complaint; the one thing you never do is argue. Don’t become defensive and don’t open up a debate. If a situation can be remedied on the spot, then do what you can to fix it. If you handle criticism the right way, you can score some points and the review of your restaurant could be salvageable; whereas defensiveness and argumentativeness are the formula for disaster.

A food critic is not a lab specimen or a circus attraction. If you recognize a journalist at one of your tables, instruct your staff not to gawk, stare, or whisper behind his back. Journalists are keen observers of their surroundings and while a server may think she’s being discreet, the professional food critic will no doubt notice a few too many prying eyes or strolls near his table. He won’t appreciate the attention and he would much prefer that his privacy be respected.

Be Prepared for a Restaurant Food Critic

The best way to be ready for an unexpected visit by a food critic is to run your restaurant as if the critic is already looking over your shoulder. In other words, if you’re not always prepared – if your restaurant is not being run as if your customers are as important as food critics – it will be too late to get your act together when you do recognize a food critic in your midst.

Keep in mind what the critic is looking for: high-quality, tasty food; a high level of proficiency on the part of the chef (technique and skill are manifested in the way the food is prepared); creativity; and presentation. In addition, the critic will be noticing the service – speed, friendliness, and professionalism are all factors that he will take into account. Also under consideration will be the ambience, the noise level inside the dining room, and the cleanliness (don’t forget the restrooms!). Unless you’re actually going for a scruffy atmosphere, your staff should be clean and well dressed. So many factors are taken into account when a critic writes his review; try to stay ahead of the game by anticipating what he’ll be looking for.

Handle a Food Critic with Aplomb

If you care about your customers and strive to give them the best food and service you can 365 days a year, you’ll have nothing to fear when a food critic walks in the door. Aim for consistency, and provide great food and excellent service all the time. Train your staff. Clean your restaurant. Then step back and take a look around as if you yourself are the restaurant critic. If you like what you see, chances are so will the food critic