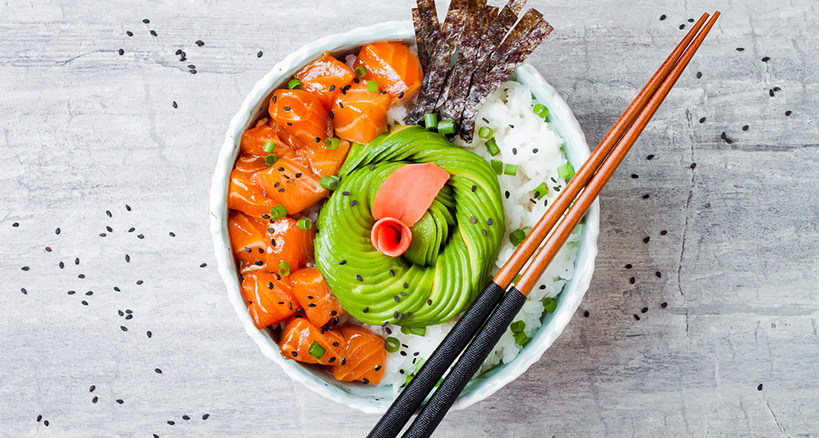 Poke Bowls Come to the Mainland

Although in Hawaii, the poke bowl is as integral to the national cuisine as pasta is in Italy or sushi is in Japan, in the rest of the United States it’s a trend that, while new a few years ago, seems here to stay. Poke is chopped raw fish that is usually seasoned with soy sauce and sesame oil, and served over warm or hot rice, and it’s a staple in the food culture of Hawaii, where it can be found everywhere from supermarkets to take-out joints. For those in the “lower 48” who are just discovering poke bowls now, it’s not a moment too soon.

If you take the elements of sushi – raw fish, rice, vegetables, seaweed, sesame oil, etc. – and put them together in a bowl (and not in a roll), you’d be looking at a poke bowl, a tradition that dates back centuries in Hawaii. Poke is pronounced poh-kay, and the word means “to cut.” The fish in a poke bowl – ahi tuna or salmon, for instance – is marinated, chopped, and dished out over hot rice. The rice-fish combination is then seasoned with a variety of sauces, such as rice vinegar, soy sauce, spicy mayo and other, more-exotic options like ponzu sauce (more on this flavorful sauce later); vegetables, like chopped scallions or tomatoes can be added, along with sesame seeds or other seeds.

Because Hawaii is essentially a conglomeration of islands surrounded by the ocean, raw fish – known as I’a maka in the native language – has long been a basic food source in the Aloha State. Originally, the raw, cut-up fish was mixed with seaweed (or limu) and sea salt; the salt helped preserve the fish, in lieu of refrigeration, while seasoning it to perfection. This was how it was eaten for centuries until, about 40 years ago, the dish gained popularity and the word “poke” gained traction to describe it. As advanced fishing techniques made fresh, deep-sea fish like ahi tuna more accessible, poke started popping up everywhere. After that, the race for the perfect poke bowl was on.

Although poke bowls in Hawaii are no longer a trend per se – that would be like calling hamburgers a trend in the U.S. –updated versions appear from time to time, keeping the centuries-old dish current. These days, the “ahi shōyu” poke bowl is at the top of the popularity list in Hawaii poke joints. It is a combination of raw tuna, a type of soy sauce known as shōyu, sesame oil, green onions, white onions, and chili pepper — the latter a tribute to the ingredient brought to the islands by missionaries and explorers from abroad.

Raw Fish: Not a Problem

For the last decade or so, raw fish in different incarnations – sashimi, ceviche, tuna tartare, to name just a few – has become a favorite in restaurants and wedding buffets across the United States. Diners have embraced raw fish for health reasons and because it is simply delicious. However, many people find it intimidating to work with raw fish at home, preferring to leave that particular skill to the professionals. Like sushi and pizza, poke seems to be more enjoyable in a restaurant setting; however, poke isn’t that difficult to make at home and bold and brave raw-fish lovers should no longer be afraid. 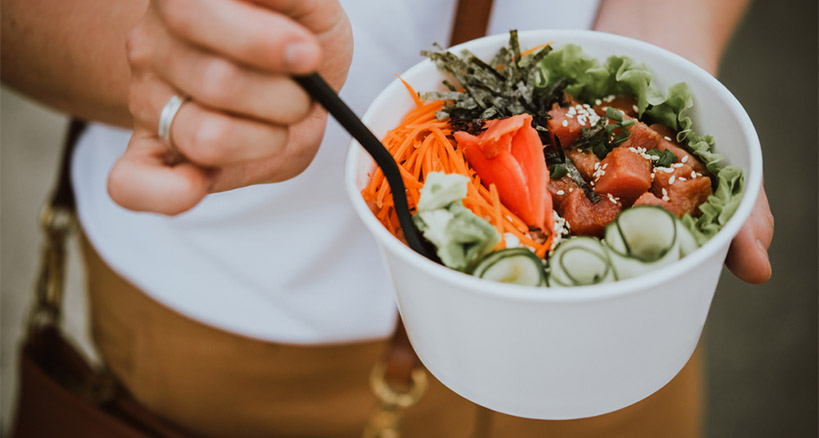 If you’re going to make your own poke bowl, the most important thing to remember is to buy the freshest fish available. The quality of your poke bowl depends on the freshness of the fish you use. Make a batch of rice, dice your fish, add seasonings, and enjoy your poke while the rice is still hot and the fish is still cold.

In its most basic form the poke bowl is three layers – rice, fish, and seasonings. Hot jasmine rice is traditionally used as the bottom layer, but other types of rice are perfectly acceptable. Poke bowls are all about flexibility and creativity, so just about anything goes. In fact, if rice isn’t your thing, the first layer can consist of cooked quinoa or bulgur, zucchini noodles, or chopped vegetables. Anything is fine as a base for the main ingredient: the fish. The high-grade, sushi-level fish is the most important element, and ahi tuna (also known as yellowfin tuna) is the fish of choice, though, once again, other options, such as salmon, are fine if that’s what you prefer.

The sauces and dressings are what add the flavor, and the toppings, such as scallions and sesame seeds, are the final touch. Salty sauces, usually made with soy sauce, shoyu, or ponzu bring out the flavor of the fish and are the best accompaniment. The top layer is a sprinkling of vegetables – for instance, shredded onions, chopped seaweed, or roasted garlic. Avocado is another option, as it adds a luscious creaminess to the rice/fish mixture. To add some heat, try some chili sauce or red pepper flakes, or opt for wasabi for a more traditional flavor.

Homemade to the Core

If you’re already preparing poke bowls at home for your family, consider making homemade ponzu sauce, as well. Almost a decade ago, New York Times food writer Mark Bittman described ponzu as the “Japanese equivalent of vinaigrette.” But he also claimed that bottled ponzu, which can be found in Japanese markets, is just a “pale shadow” of the real thing, and that it is easy to make genuine ponzu at home. Aside from its use in poke bowls, ponzu can be used “as a dip for seafood of any kind, as a marinade or sauce for chicken (roast chicken with ponzu splashed over it is fantastic) or, mixed with a little bit of oil, as a great dressing for salads or vegetables.” Bittman also supplied the following recipe: 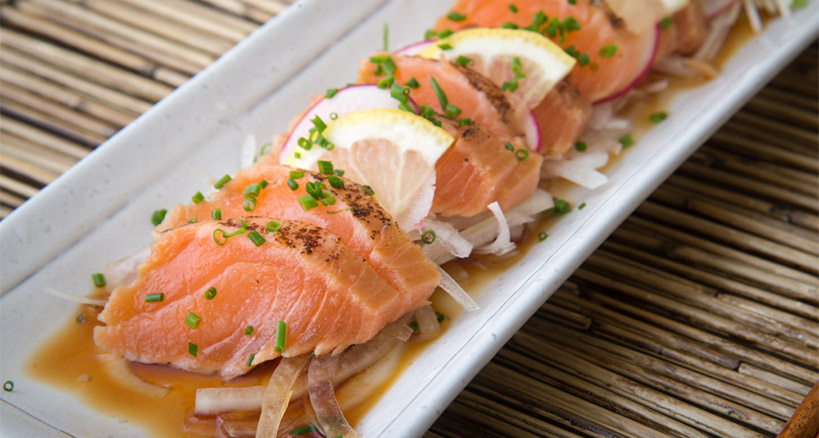 In its simplest form, a poke bowl consists of small bite-size chunks of raw fish marinated in a good-quality soy-based sauce and served on top of a bowl of hot rice. However, as we’ve shown here, poke bowls are nothing if not versatile, and although poke purists may protest, the poke bowl can be all things to all people. If you dive in and try to make poke bowls on your own, remember: for the finest results ensure that the fish is fresh … and bon appetite!

One thought on “Poke Bowls, Originally from Hawaii, Are a Big Hit in the Rest of the U.S.”